The platform is kicking things off with 6 reactions, in all, to begin with. 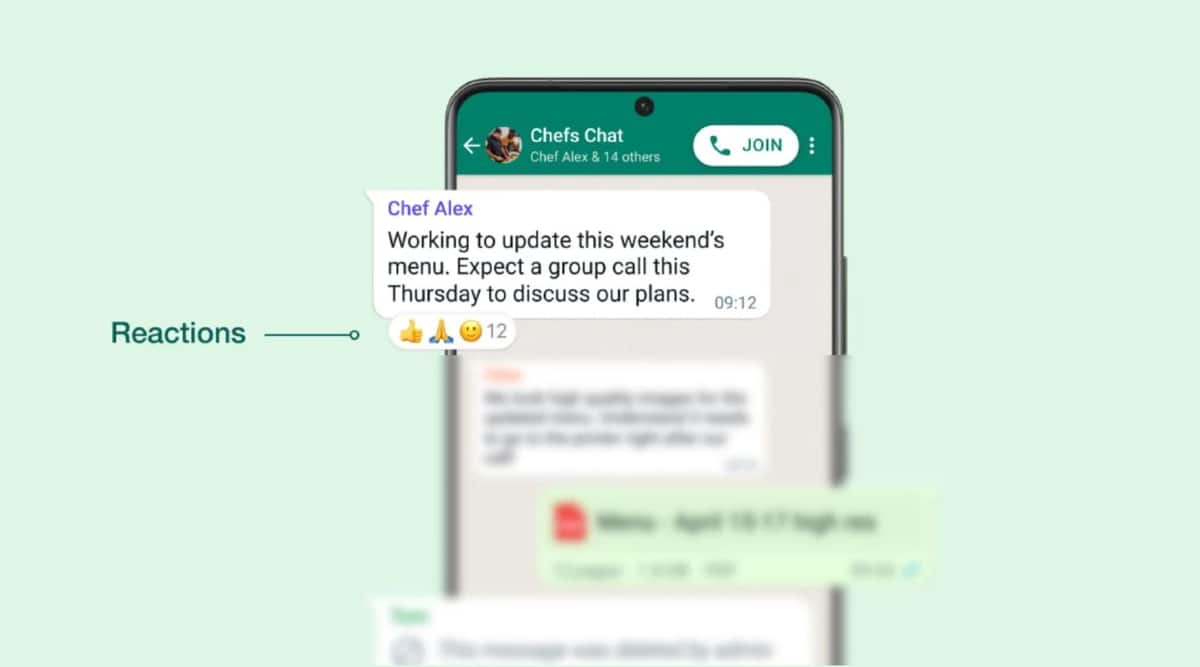 The platform is kicking things off with 6 reactions.

Meta founder and CEO Mark Zuckerberg has announced emoji reactions will be available for all users on WhatsApp starting today. The feature was first teased in mid-April alongside a bunch of other features including Communities, that’s slated to arrive soon.

Reactions will allow users to “quickly share their opinion without flooding chats with new messages,” the instant messaging platform noted, at the time of the initial announcement.

WhatsApp is basically playing catchup with apps like Telegram, Slack, and iMessage. Even Instagram, which is also owned by Meta, has this feature.

Zuckerberg has taken to multiple social media channels, including Facebook and Instagram, to hype WhatsApp emoji reactions. The platform is kicking things off with 6 reactions, in all, to begin with. “More expressions [are] coming soon,” Zuckerberg has confirmed.

Emoji reactions on WhatsApp would work in the same way they do on apps like Instagram or Telegram:

2. Press and hold on the message you wish to react to.

3. A pop-up will then appear with the 6 available emoji you can react with.

4. Select one to use as a reaction.

7. The emoji reaction will appear below the text selected.

Rumour has it that WhatsApp may soon also allow users to enable and disable notifications for these emoji reactions. It has already been confirmed that soon WhatsApp users will be able to access “all emojis and skin-tones.”