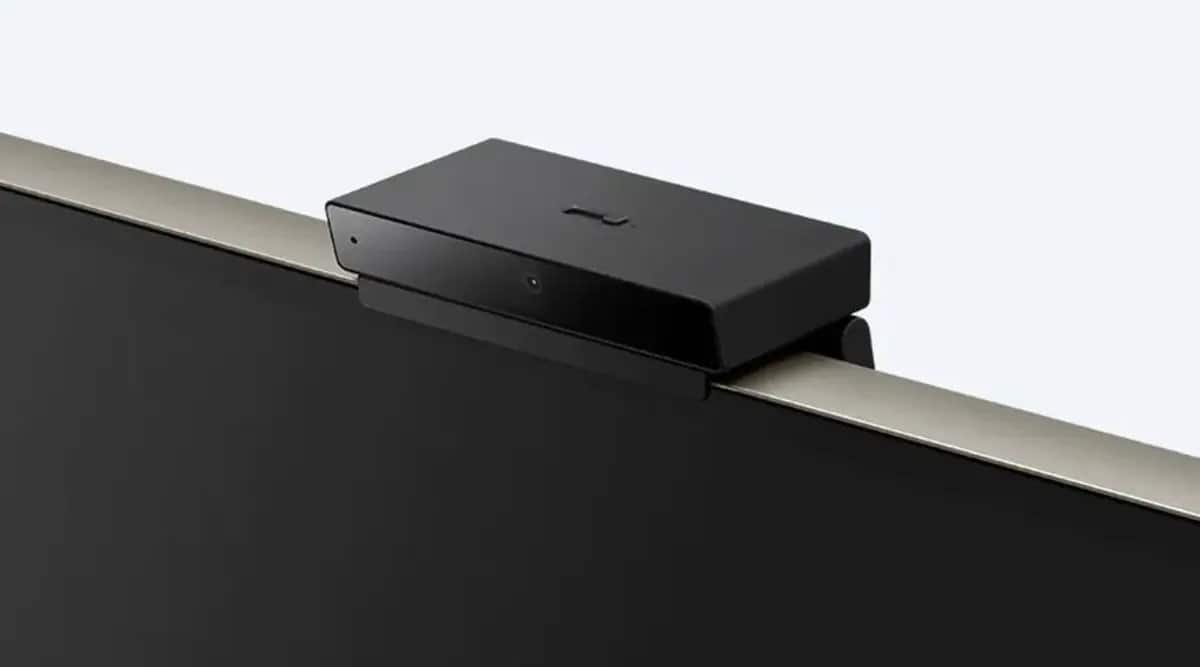 Sony Bravia Cam: Sony has announced its Bravia Cam, and well, it sure is something! Branded as the “weird” Sony gadget for CES 2022 by some, the Bravia Cam is a video camera that will be bundled with the fanciest TVs that Sony offers. It will also be available as an add-on for the rest of the line-up in case users want to opt for it. Well, as the product suggests, Bravia Cam can be used to make video calls, but there seems to be much more.

Sony has seemed to add a lot of functionality into the camera, but it is a wonder whether any of it would be worth anything for the users. The first capability is that 2022 Sony TVs would have the option of gesture control, and it would be the Bravia Cam that would catch these gestures. Basically, with this, gestures like closing the fist would lead to the TV being switched off. However, whether this would actually work properly is a question that is plaguing many. Imagining closing your fist to celebrate the victory of your favourite sports team and the TV switches off?

Of course, the intricate details about this feature are not quite known yet, but it’s hard to imagine the Bravia Cam having the capability of distinguishing a fist closing to say cover a yawn from that meant to switch off the TV. There is much to be known about this before we can for sure praise this feature, but props to Sony for making an effort.

But there are some other features as well that might help in tipping the scale in favour of the Bravia Cam. For instance, users can set Sony TV to display a proximity alert if the Bravia Cam detects someone to be sitting a little too close to the TV screen. The feature is meant more for kids than for adults but it’s a good one nonetheless, as it triggers the TV screen to go black if the user does not move back. The feature, by default, is off and needs to be switched on.

Moreover, it is also useful for something that Sony calls “Viewing Distance Compensation”, in which the brightness and voice emphasis on the TV is adjusted automatically depending on the viewer’s distance from the TV. Not only that but the right and the left speaker channels balance sound automatically based on which side of the screen the user is sitting on.

What’s more is a power-saving feature that will automatically cause the Bravia TV to dim its brightness if the Bravia Cam sees the user leave the room. Users can also adjust the time frame, and ask the TV to go into power-saving mode from anywhere between a minute to an hour after the viewer leaves the room.

Now comes a very important point of privacy, the consciousness around which is rapidly increasing. Well, the Bravia Cam will come with a hardware switch using which users would be able to switch off the camera and the built-in mic whenever they want. However, the tech company has assured that the mic is only ever used during video calls and it does not continuously keep listening. It has also stated that no private data is stored on the TV, camera or Sony’s servers, and camera’s data can be removed at any time via the TV settings.

More Stories on
Sony
Next Story
CES 2022: Asus’ ROG Flow Z13 is a bonkers Windows tablet that you can hook to an RTX 3080