Ephemeral messaging app Snapchat by year’s end will have more US users than either Twitter or Pinterest, a market tracker said today. 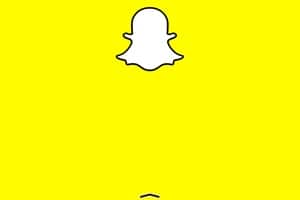 Ephemeral messaging app Snapchat by year’s end will have more US users than either Twitter or Pinterest, a market tracker said today.

The number of people using Snapchat in the United States will leap more than 27 percent this year to 58.6 million, meaning that nearly one in five people in the country will be using the service, according to an eMarketer forecast.

Twitter was expected to have 56.8 million US users this year, and online bulletin board Pinterest to have 54.6 million users.

By the year 2020, the ranks of US Snapchat users was expected to swell to 85.5 million, according to the report.

However, eMarketer forecast that Facebook Messenger smartphone communication application would remain in the lead in this segment with its US user base growing from 105.2 million this year to 139.2 million in the year 2020.

Snapchat estimates it has more than 100 million users globally of the service for sending videos, images and text messages which vanish after being viewed. Some reports say it generates 10 billion video views per day.

Snapchat’s allure includes letting users “cut through the clutter by injecting fun back into social sharing,” according to eMarketer analyst Cathy Boyle.

Snapchat has also tapped into an interest, particularly among young Internet users, in communicating intimately with one or a few people instead of broadcasting messages across networks, the analyst said.

The messaging service has been working with media partners and advertisers to reach its youthful audience.

Snapchat this week rolled out a redesign making it a more attractive stage for publishers or brands to attract online audiences.

A recent Bloomberg news report maintained that the number of people using Snapchat daily around the world already outnumber those using Twitter, giving the figures 150 million users versus 140 million.

Those figures have not been confirmed by either company.