Global smartwatch shipments hit a 13% on-year growth in the January-March quarter despite an economic slowdown and inflation. 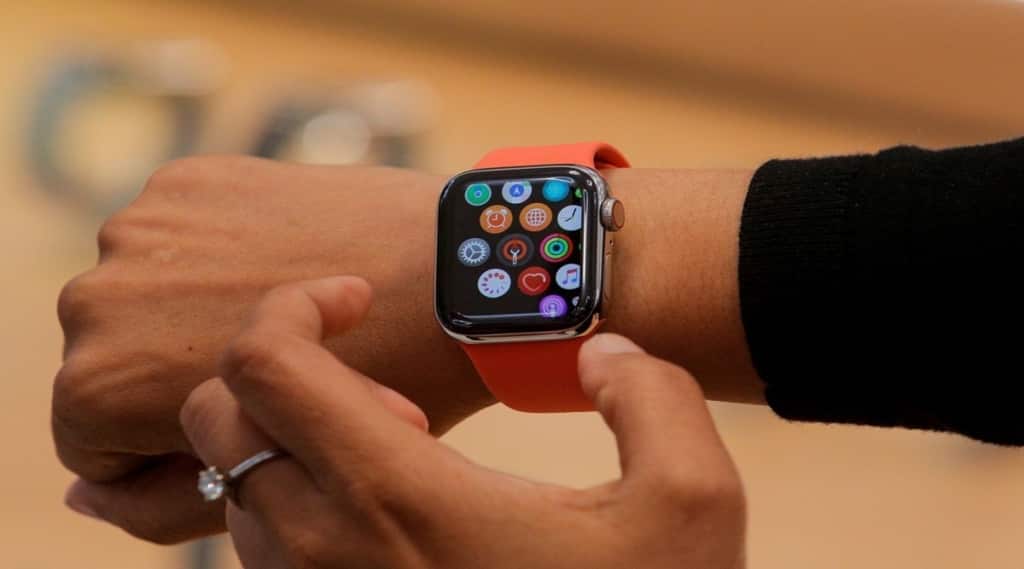 Xiaomi had a record-high quarter as shipments registered a 69% on-year growth. (File/Reuters)

Apple remained the leading smartwatch manufacturer in the world, backed by the late launch of Apple Watch 7, as global smartwatch shipments hit a 13% on-year growth in the January-March quarter despite an economic slowdown and inflation, a new report shows. Samsung secured its position in second, thanks to the popularity of the Galaxy Watch 4 Series, while Huawei, Xiaomi, and Garmin rounded off the top five.

Xiaomi had a record-high quarter as shipments registered a 69% on-year growth.

According to Counterpoint Research data, Apple registered a 14% on-year increase in shipments during the quarter under review. Some shipments carried over to the quarter due to delayed launch of Apple Watch 7, helping the tech giant retain its top spot with 36.1% share (see Counterpoint graphic) of the global smartwatch market.

Counterpoint Research Associate Director Sujeong Lim said: “Although the global smartwatch market saw little growth in 2020 due to the impact of Covid-19, it has continued to perform well since its rebound last year.”

“In particular, Apple accounted for more than a third of the total shipments last year, and it is further increasing its influence with a market share of 36 percent in the first quarter of this year.”

Korean electronics giant Samsung recorded a 46% on-year growth in shipments due, fuelled by higher sales in the Asia-Pacific region where the Galaxy Watch 4 drove sales. Samsung’s global market share stood at 10.1% in the quarter. Huawei’s growth was flat at 7.2% due to its weak position in the international market.

Its Chinese peer, Xiaomi, however, recorded the maximum on-year growth at 69% as it increased its penetration of international markets. Wearables in the low-end segment (under $100 or Rs 7,800) helped it grab a 5% market share.

By region, only Europe had flat growth (see Counterpoint graphic).

Lim said: “We initially expected the war between Russia and Ukraine to have minimal impact on the market in Q1, but the prolongation of the conflict and the resulting logistical constraints have begun to affect the European region. The impact of the war will become more serious in Q2.”