MARTY McFLY became a cult name when he was portrayed by Canadian-American actor Michael J Fox in the Back to The Future movie trilogy. 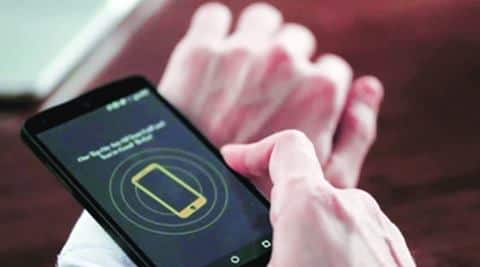 Smart watches & bands are so last year; smart clothing and even e-skin are the latest tech sensations

MARTY McFLY became a cult name when he was portrayed by Canadian-American actor Michael J Fox in the Back to The Future movie trilogy. In the series’ second installment, McFly travelled to the year 2015 from 1985. On arriving in the future, McFly looked for a change of clothes to mix in with the crowd. He ended up finding a jacket that was not only auto-fitting but also auto-drying. The jacket had a button that auto-adjusted to the wearer’s size and dried itself when wet. Not only that, the jacket even spoke out the function it was performing. Once a fantasy, smart clothing is now a reality.

And, be it an athlete or a common customer, the smart clothing market is stitching new frontiers for everyone.

Take any simple piece of clothing. A pair of socks even. Now imagine if your socks could tell you more about your style of running? Smart socks developed by smart clothing company Sensoria do just that. They are infused with comfortable, textile pressure sensors, which inform the user in real time when they are striking with the heel or the ball of their foot. Through the Sensoria Fitness smartphone app, one can monitor their foot-landing technique as they run and improve their running style.

Samsung’s Smart Suit showcased at the IFA Berlin in 2015 had an NFC tag embedded in the sleeve button and an exclusive app allowed wearers to use various NFC functions when wearing the suit. Dubbed the Smart Suit 4.0, it is not available in India yet, but a similar product in the Indian market is the Arrow Smart Shirt. The Arrow Smart Shirt might look like any other crisp garment, but it is no ordinary shirt, coming with an NFC tag that fits in the left cuff.

Users who wear the shirt need to install the Arrow Smart Shirt app, which lets them connect to their LinkedIn and Facebook accounts. After this they can use their favourite app and music playlist simply by tapping their smartphone on the shirt’s cuff.

Users wearing the shirt can also share their business card or send their LinkedIn profile to an acquaintance during business meetings by tapping their phone on the cuff. A possible stumbling block could be the fact this shirt is only bound to work with NFC-enabled phones, but at a price of R2,999, the Arrow Smart Shirt looks like a piece of smart clothing that is hard to turn down.

“We had to put in a lot research and had to experiment with various options before launching the final product. We had to ensure that the shirt was easy to use and comfortable to wear at the same time. One of the key parameters for us was also to ensure that maintenance of the shirt was easy. This is a shirt that was tested for multiple washes,” says a spokesperson for Arvind Lifestyle Brand, the company behind the Arrow Smart Shirt. Launched in August 2016, the smart shirt has garnered positive reviews so far. The product is available for sale both online and offline.

Another recent innovation comes from the combined efforts of Project Jacquard by Google and clothing company Levi’s. The result is the Levi’s Commuter Trucker Jacket, which weaves interactive fibres into denim to create a fashionable yet functional jacket. According to the Project Jacquard website, the jacket is designed specifically for urban bike commuters and allows cyclists to control their mobile experience and connect to a variety of services, such as music or maps, directly from the jacket sleeve. The digital connectivity is possible through a smart tag. Apart from the tag, the whole interactive garment is washable and durable just like regular denim.

The future of smart clothing only gets better. Imagine this situation: You are running late for a meeting and your smartphone decides to run out of juice. The obvious solution that comes to your mind is a portable powerbank. But what if you were wearing your powerbank? As per a study published in the scientific journal ACS Nano, Chinese researchers have created new smart fibers that could store solar energy.

The scientists created two different types of fibres or threads. “The fibre supercapacitor with merits of tailorability, ultrafast charging capability, and ultrahigh bending-resistance is used as the energy storage module, while an all-solid dye-sensitised solar cell textile is used as the solar energy harvesting module,” the study says. Once combined, the two materials formed a flexible textile that can be cut and tailored into a ‘smart garment’ that can be fully charged by sunlight. This could possibly charge smartphones and tablets.

While this clothing is not yet available in the market, it presents a fascinating future where wearables could well and truly become a part of our body. We could soon power wearable devices using just our body heat, thanks to a new flexible supercapacitor that can charge itself using heat from the surroundings — without any external power supply or battery.

Reports also say researchers have developed a new concept of electrical energy storage—thermally chargeable solid-state supercapacitors, which allows charging to be completed using heat energy in addition to the traditional electrical charging method for capacitors. “This is the first time that it has been discovered that a solid-state polymer electrolyte can produce large thermally induced voltage,” Choongho Yu, professor at Texas A&M University in the US, was quoted saying in a news report. “The voltage can then be used to initiate an electrochemical reaction in electrodes for charging,” Yu added.

The supercapacitor works by converting thermal energy into electrical energy and then storing it in the device at the same time. Human body heat, or any heat dissipating objects that create temperature differences from their surroundings, can be used to charge the capacitor without any external power source.

Next Story
Rise and fall of nations