The Galaxy S22 series is all but confirmed to be powered by Samsung’s brand-new Exynos 2200 chip. 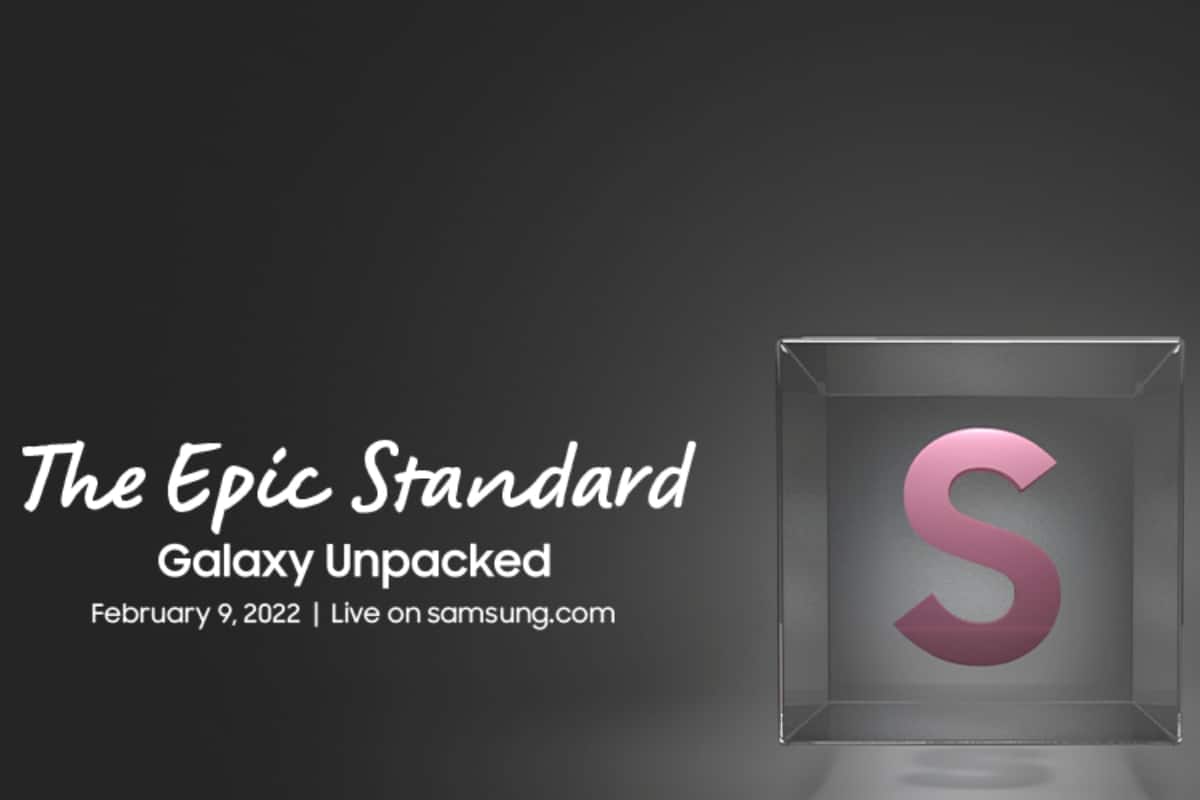 Samsung Unpacked is set for February 9.

Samsung will hold its next “Unpacked” event on February 9, the South Korean major announced on Wednesday. It will, most certainly, launch the Galaxy S22 series on said date. There could be a tablet or two – the Galaxy Tab S8 series – also. But of course, the star of the show will be the S22, particularly the S22 Ultra, which is all set to bring some “noteworthy” features including its own S-pen stylus as Samsung looks to merge the two lines further. This will also mean the end of the Note line, maybe.

The Galaxy S22 series has leaked to death in the last few months leaving nothing to the imagination. Serial tipster Evan Blass has put out a series of official-looking renders of the S22 trio which is said to include the vanilla S22, S22 Plus, and S22 Ultra (much like the S21 series before it) leading into today’s announcement. As per the leaks, while the S22 and S22 Plus will retain much of the design scheme of their predecessors, the S22 Ultra is said to get a sizeable overhaul in design.

The ultra is tipped to come in four colourways (for now) including the usual black, rose gold and white, and what appears to be an all-new green flavour. The design, as per the leaks, will be more Note-like which is to say it will be flatter and boxier than any other S-series phone from Samsung. The cameras on the back will be stashed vertically on the panel without any distinct housing—the S21 Ultra’s contour cut made the camera bump somewhat bearable. It would be interesting to see how the new approach pans out. On the front, it will have a hole punch cut-out at the centre. Lastly, the S-Pen will be more deeply integrated in the whole experience contrary to the S21 Ultra where it was more like an optional accessory.

Elsewhere, the Galaxy S22 series is all but confirmed to be powered by Samsung’s brand-new Exynos 2200 chip. It is the first mobile processor with a GPU based on AMD’s RDNA 2, the same architecture that lies at the heart of consoles like the PlayStation 5 and plethora of gaming PCs and laptops. The “Xclipse” GPU, inside the Exynos 2200 chip, will support ray tracing (RT) and variable rate shading (VRS) “previously only available on PCs, laptops and consoles.” So, that is something to look forward, too. Some models will, obviously, get the Qualcomm Snapdragon 8 Gen 1, going by history of these phones.

Watch this space for our full coverage on Samsung’s upcoming Galaxy S22 series including reviews, features, and more.