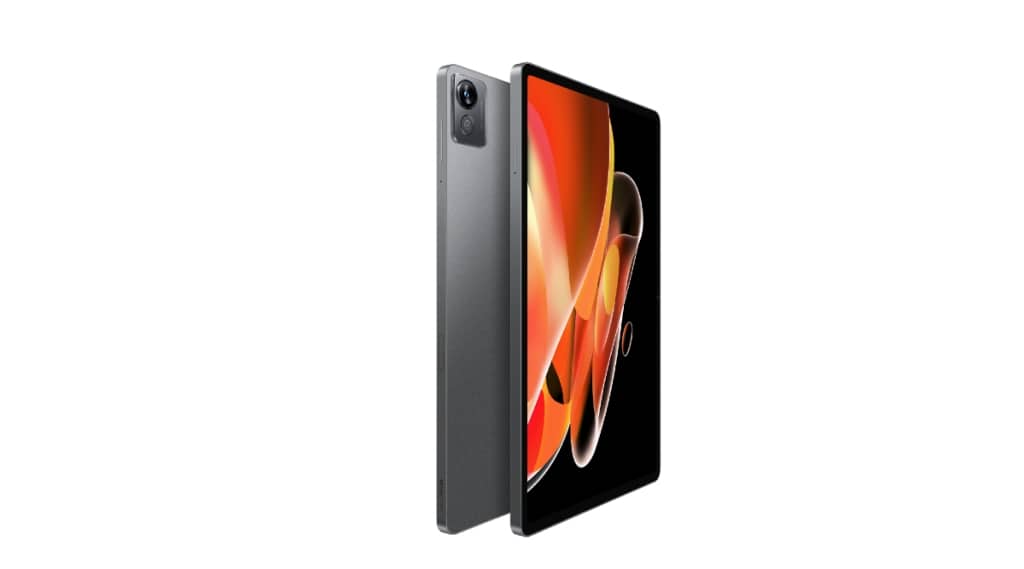 Realme, today, launched its third and most powerful tablet in India called the Realme Pad X. The Pad X comes with a large 11-inch screen and Qualcomm Snapdragon 695 under the hood. You get Realme UI 3.0 software and a choice of either 4G/64GB and 6GB/128GB models. You can get the Realme Pad X with 5G support, too. Realme Pad X price in India starts at Rs 19,999. Realme is also launching its first monitor alongside, called Realme Flat Monitor, that comes with a 23.8-inch 1080p “bezel-less panel and a 6.9mm ultra-thin design”, 75Hz refresh rate and 8ms response time, at a price of Rs 12,999.

Realme Flat Monitor will go on sale starting July 29 (12 noon) at a price of Rs 12,999 across realme.com, Flipkart, and mainline channels.

Realme Pad X comes with a 10.95-inch WUXGA+ LCD screen with a 2000x1200px resolution and 450nits of peak brightness. The tablet packs stylus support and Realme will sell one –called Realme Pencil— with magnetic wireless charging, up to 10.6 hours of claimed battery life, and a 20Hz sampling rate for Rs 5,499. The Realme Pencil will be available “soon” from realme.com and Flipkart.

Realme Pad X runs Realme UI 3.0 for Pad software. Realme says it will also sell a “Realme smart keyboard” for boosted productivity to go with the tablet. The keyboard comes with a customised task key, 1.3 mm key travel, and 280mAh battery built in. It will be available soon from realme.com and Flipkart at a price of Rs 4,999.

Like its other tablet offerings, the Realme Pad X is also very slim and light for a tablet in its class. It weighs about 499g and measures only 7.1mm in thickness. The tablet further comes with quad speakers with Dolby Atmos and Hi-Res Audio support. It will come in two colourways— Glowing Gray and Glacier Blue.