Realme Pad Mini was launched in the Philippines earlier this month. 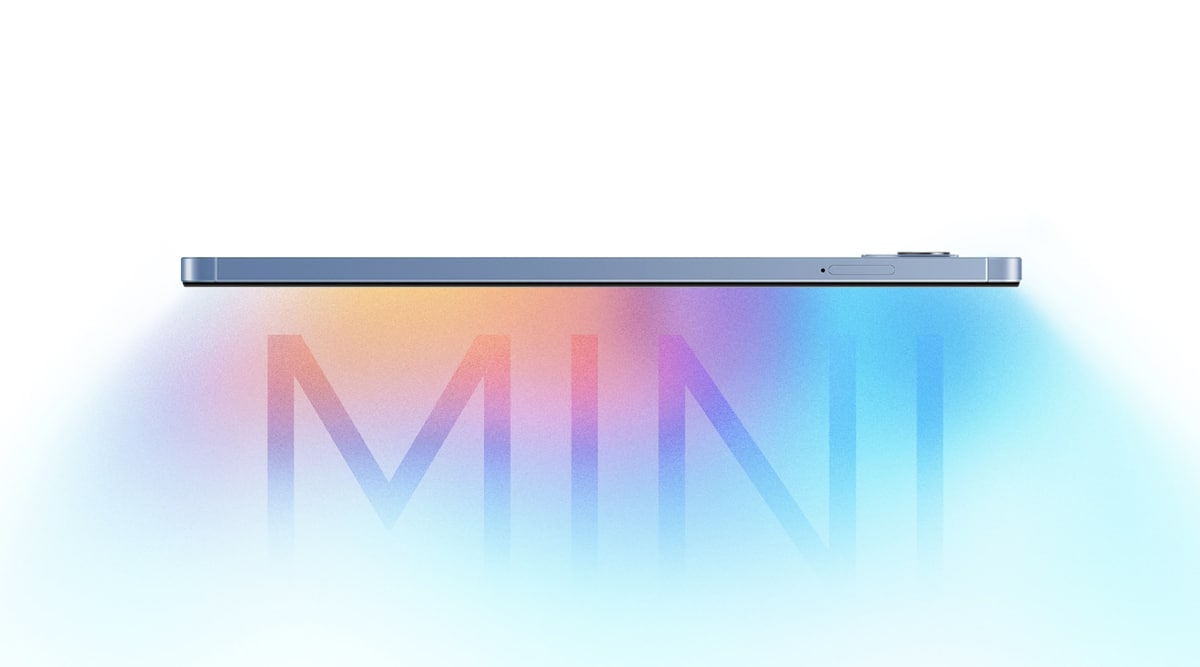 Realme Pad Mini was launched in the Philippines earlier this month.

Realme, today, confirmed that it will launch the Realme GT Neo 3 in India on April 29. But there may be other devices in the offing, too. While not explicitly teased to launch alongside, Realme has confirmed –via a dedicated product listing – that the Realme Pad Mini is also coming soon to India. So is the Realme Narzo 50A Prime. The Realme Pad Mini listing is particularly interesting since it’s going live around the same time that Xiaomi announced it would launch the Pad 5 – its first tablet in seven years – in India on April 27.

Also Read | Xiaomi to launch Pad 5, its first tablet in India in 7 years on April 27

Realme Pad Mini was launched in the Philippines earlier this month, so we already have a fair bit of idea about the hardware in tow. This is a budget Android tablet that falls below the Realme Pad – Realme’s first tablet which launched last year and has been under the radar off late over its long-term software support.

Speaking of specs, the Realme Pad Mini has an 8.7-inch IPS LCD display with a 1,340×800 pixels resolution. Under the hood, it has a Unisoc T616 chip paired with 4GB RAM and 64GB storage. This is expandable. Software is Realme UI for Pad based on Android 11. Fueling the package is a 6,400mAh battery with 18W fast charging baked-in.

The Realme Pad Mini further comes with an 8MP camera on the rear, another 5MP camera on the front, and stereo speakers. As is obvious from the naming, it’s a thin and light tabket with a metal body and 7.59mm thickness.

Watch this space for more coverage on Realme’s GT Neo 3 and Pad Mini.

Follow us on
Most Read In Technology
Artificial Intelligence: For AI to work, data use must be right
1
10 hidden Google tricks we bet you didn’t know!
2
No need to disable ‘Read receipt’: Here is how to read WhatsApp messages without blue tick notifications
3
How to send WhatsApp messages from website without saving a number
4
Sonos Five Wireless Speaker: Purely for the purists
5
SaaS market forecast to be valued at $50 bn by 2030: BVP report
6
WhatsApp feature trick: How to hide your view on your friend’s WhatsApp Status
7
WhatsApp tips and tricks: Step by step guide to scheduling your messages on Android and iOS
8
Top 10 internet broadband providers in India that offer unlimited data at Rs 1,000
9
How to use WhatsApp without keeping the app on your phone
10
Latest News
Asian Paints sees uncertainty in industry to rise
GACL to expand installed capacity to 900,000 MTPA by 2022 end
No concerns on Citi cards attrition: Axis Bank
NARCL seeks to avert licence renewal with bid for one account
Govt provides greater pricing power to domestic oil producers
Payments startup Cashfree eyes fresh funding
Mumbai most expensive Indian city for expatriates
Photos
In Pictures | PM Modi’s warm moments with world leaders during G7 Summit in Germany
1 day agoJune 28, 2022
Assam floods: These images show you the grim situation in state
6 days agoJune 23, 2022
Yoga for Humanity: PM Modi at forefront of International Day of Yoga celebrations | See photos
1 week agoJune 21, 2022
Read More
×
Epson EcoTank L8180 Photo Printer: Get studio-like prints at home
Price hikes on table for restaurants and cafes
‘You have brought Balasaheb’s son down’: What Uddhav Thackeray said while stepping down as Maharashtra CM
Sweet revenge: Stage set for Devendra Fadnavis to return as Maharashtra CM after 30-month hiatus
Uddhav Thackeray quits as Maharashtra CM after Supreme Court refuses to stay Thursday’s floor test
Exipure Reviews: 2022 Real Weight Loss Results!