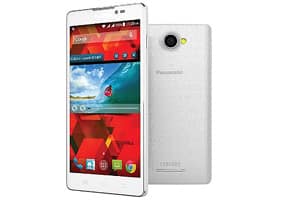 Delivering on its commitment to constantly innovate, Panasonic India today unveiled its latest smartphone P55 at a price of Rs 10,290.

The P55 is the latest addition to Panasonic’s phablet line-up, having a 13.9cm (5.5) IPS HD display, and a 1.2GHz Quad Core processor. The device runs on Android 4.4.2 (KitKat) and has an 8 MP full HD-capable autofocus camera. Panasonic P 55 houses a 2500 mAh battery to power the device.

The smartphone comes with a ‘Tap Play’ feature where the device has an in-built capability to recognise touch while in sleep mode, i.e. users can double tap to wake-up the phablet instead of reaching the power button every time. Likewise, it can be returned to sleep mode with the same gesture.

The smartphone will be available in India from the first week of this month.

Next Story
Google Glass may cause ‘blind spots’ in vision