What makes the OnePlus 10T 5G the standout phone of the year is the fact that it is the first OnePlus phone to feature the Qualcomm Snapdragon 8+ Gen 1 processor. 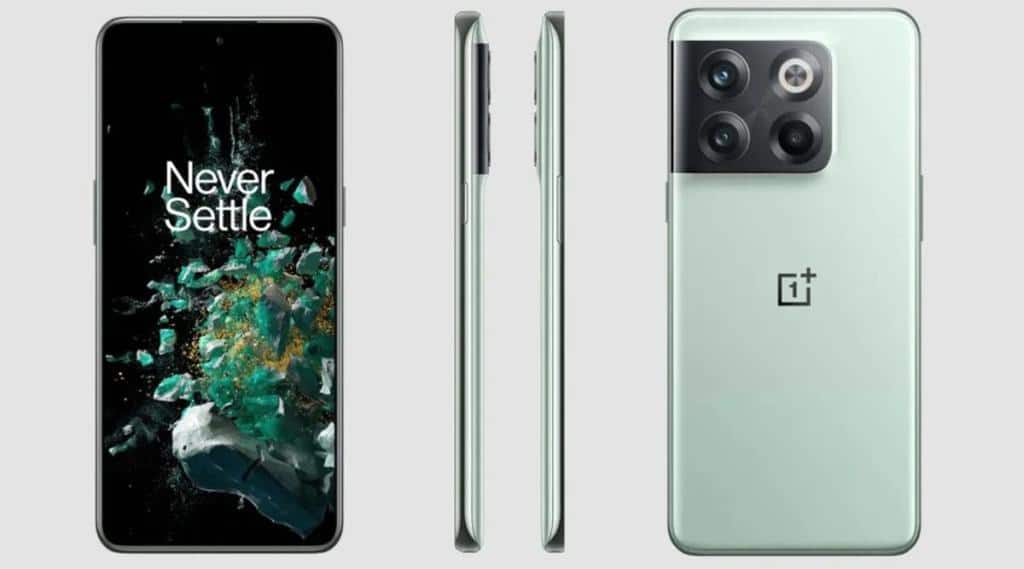 The OnePlus 10T 5G is a complete flagship in the best OnePlus tradition, placing a lot of substance within a stylish exterior.

A flagship is a special product for any phone brand. It represents the best that it can do, and is a showcase of its ability to the tech world. Most brands are more than content with releasing a single flagship device every year. But one flagship a year would not do for the brand that believes in Never Settling, and always delivering its best to the tech community. We are referring to OnePlus. The brand turned the industry on its head in 2016, when it introduced the concept of two flagship devices in the year, with the second coming with a T suffix and the latest hardware. It is a tradition OnePlus has continued ever since, and this year, after stunning the world with the magnificent OnePlus 10 Pro 5G earlier this year, OnePlus is all set to rewrite performance benchmarks with the OnePlus 10T 5G, which is to be released on August 3.

What makes the OnePlus 10T 5G the standout phone of the year is the fact that it is the first OnePlus phone to feature the Qualcomm Snapdragon 8+ Gen 1 processor. The octa core processor is the successor of the Qualcomm Snapdragon 8 Gen 1 processor, and takes mobile performance to another level, offering CPU peak speeds of up to 3.2 Ghz, and an incredible 30 per cent of improved CPU power efficiency. The chipset comes with an improved Qualcomm Adreno GPU that offers up to 10 per cent faster GPU clock speeds, as well as support for HDR gaming. Once again, it is not just about power but efficient usage of power – the new Adreno GPU delivers a 30 per cent improvement in GPU power efficiency. All of which enables the OnePlus 10T 5G to handle high-end gaming and multi-tasking with ease, while optimizing battery life.

Backing up the processor are up to 16 GB of LPDDR5 RAM and up to 256 GB of UFS 3.1 two-lane storage. Not only is this the fastest RAM and storage, but it has been further optimized by OnePlus for an even better performance. So much so that the OnePlus 10T 5G with 16 GB of RAM and 256 GB of storage can run more than 35 applications at one time. Of course, this processor and RAM combination also make the OnePlus 10T 5G a perfect gaming beast, letting you play everything from Genshin Impact to Call of Duty, without making any compromises. Max out those settings because this phone can handle them all.

Adding to its gaming muscle is the HyperBoost Gaming Engine, which comes with the General Performance Adapter (GPA) Frame Stabilizer, LSTouch and AI System Booster, all of which ensure a smoother gaming experience. While the GPA Frame Stabilizer reduces frame rate fluctuation when gaming, LSTouch works in sync with the OnePlus 10T 5G’s staggering 1,000 Hz instant touch sampling rate to provide a more responsive gaming experience. Gaming will never be the same once experienced on the OnePlus 10T 5G. There will also be no connection drops when you are gaming online thanks to an improved antenna for gaming that is designed to deliver better signal performance when the phone is held horizontally (which is how it is held while playing most games).

What’s more, the OnePlus 10T 5G does all of this heavy-duty work without ever coming close to losing its own cool. The phone comes with OnePlus’ largest and most advanced cooling system ever. It offers a total cooling area of over 37,000 mm2 and comes with eight dissipation channels and a redesigned micron-level 3D capillary dissipation structure, that deliver double the dissipation ability of vapor chambers found in most other smartphones. The phone’s cooling system also uses 3D graphite for 50 per cent better heat dissipation as compared to normal graphite. Copper foil provides better performance while keeping the OnePlus 10T 5G slim, trim and light.

All of this is packed in a beautiful sleek frame, available in two very distinct colours (Moonstone Black and Jade Green) and a whole new crater design, which sees the rear camera unit blend seamlessly into the glass black of the phone. This being a OnePlus flagship, you are of course assured top of the line components, ranging from display to cameras to speakers, and good battery life topped with amazingly fast charging, as well as support for 5G, making this flagship ready to sail the high speed 5G waves in the coming days. Ensuring that everything runs smoothly is the latest avatar of OxygenOS, designed to blend into your life without ever disrupting it.

The OnePlus 10T 5G is a complete flagship in the best OnePlus tradition, placing a lot of substance within a stylish exterior. Driven by the Qualcomm Snapdragon 8+ Gen 1 chip, and ably complemented by excellent hardware and software, it sets a new standard in terms of performance that not only busts established benchmarks, but does so smartly, with optimum use of energy. All the time while being a super cool customer. Literally.