OnePlus 3T with 8GB RAM to launch tomorrow: Things we know so far 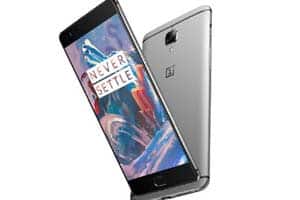 Chinese smartphone manufacturer, OnePlus had earlier been reported to be working on a new version of OnePlus 3, its flagship device. (Source: IE)

Chinese smartphone maker OnePlus has confirmed that a new smartphone will launch tomorrow on November 15. In an earlier post by a OnePlus designer on Weibo, the new smartphone will be called as OnePlus 3T. The OnePlus 3T, which is an upgrade to the OnePlus 3, is likely to sport similar design language found in the previous variant, especially, the all-metal chassis. It is hailed as the refreshed OnePlus 3 before the launch of the highly anticipated OpnePlus 4. The latest smartphone will be powered by Qualcomm Snapdragon 821 processor.

However, there has been no official statement by OnePlus about the company manufacturing any new version of the smartphone. The company has said this in the past that it will unveil only one flagship model every year, yet in a report in GizmoChina, it was found that OnePlus is facing a big backlog of OnePlus 3 orders as there is a huge shortage in the supply of AMOLED display panels. In the new report, it said that the latest variant of the smartphone may feature the LCD panel display.

The company also released an official trailer on Weibo, which shows the smartphone kept in front of a mirror. The back of OnePlus 3T resembles the OnePlus 3 in terms of camera and logo placement. The smartphone’s reflection is seen in the mirror with the letter ‘T’ written on it. In an earlier announcement OnePlus wrote, “T-7: The Qualcomm Snapdragon 821 (2.35GHz) is coming your way. Find out more on November 15.” A Verge report suggests that OnePlus 3T will come with 8GB RAM, the highest ever seen in a smartphone.

Also read | Qualcomm teases new OnePlus device with Snapdragon 821; is it the OnePlus 3T we have been waiting for?

The device will be fueled by a battery in the range of 3,500 mAh to 4,000 mAh. And just like OnePlus 3, this one will support the company’s Dash Charge technology. Evan Blass, a noted tipster, tweeted that the OnePlus 3T will be priced $80 more than the original device. This means the new phone could be priced at $479 (around Rs 32,000). The launch OnePlus 3T will be on Facebook Live and will be starting on November 15 at 1pm EST.

In June 2016, the flagship device OnePlus 3 was launched in India through Amazon, at a price tag of Rs 27,999. The smartphone has a quad-core Snapdragon processor along with an Adreno 530 GPU. It has 6GB RAM and 64 GB storage.