How to create an app in just 60 minutes: With the proliferation of smartphones, the app economy has grown tremendously and gradual launch of 4G services across the country is further likely to strengthen the marketplace for applications. 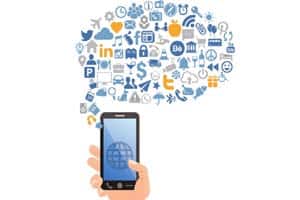 How to create an app in just 60 minutes: With the proliferation of smartphones, the app economy has grown tremendously and gradual launch of 4G services across the country is further likely to strengthen the marketplace for applications.

How to create an app in just 60 minutes: With the proliferation of smartphones, the app economy has grown tremendously and gradual launch of 4G services across the country is further likely to strengthen the marketplace for applications. From a big corporate to a brick-and-mortar store, all are aware of these developments and they are trying their best not to miss the bus. But for the mid-segment and significant number of small and mid-sized businesses (SMBs), building a mobile app is still a quiet arduous task. Mobile apps are costly, they take a long time to develop and are high maintenance.

Pulp Strategy, a New Delhi-based startup, has come out with Instappy, a cloud based do-it-yourself (DIY) platform for companies to create instant, affordable, intuitive, and professional mobile apps with reasonable cost and minimum time. “We have been into technology development for a while and over time, we realised that we had to say no to many clients because we were not able to accommodate them as development of apps took a lot of time and it was also a very expensive proposition. Therefore, we decided to come out with Instappy as an alternate which could provide affordable, high quality apps and cut down the time without compromising on the quality,” Ambika Sharma, founder and managing director, Instappy told FE.

So how does it work? Basically, Instappy is a cloud-based platform which has a simple user interface, full of imagery and rich media, and offers full fledged inventory management and customisation. Even if you are not an expert or do not have even basic coding skills, you can still create an app with a few easy steps. Interestingly, when a user signs up, the company assigns a dedicated online account manager to aid and assist the user in the process of not only app creation but also guide them to bring high quality and consumer friendly content for the end-users of the apps. Instappy also mentors its clients on the quality and different potentialities of the apps.

According to Sharma, Instappy gets a lot of requests from people who are running their business successfully but face difficulties in embracing mobility. “The concept of mobility is new, so businesses reach out to us for help in terms of taking their business to mobile. We have an online mentoring team which provides training on different aspects of mobile apps,” she said.

Since its inception in September 2015, Instappy has acquired over 800 users and many apps have already been published on its platform. Presently, it is the mid-segment and a significant number of small and mid-sized businesses (SMBs) who are the early adopters of Instappy platform.

In order to increase the adoption of its platform across the country, Instappy has ensured the diversity of languages; a user can build apps in more than 25 languages. From Assamese to Dogri, Marathi to Gujarati, the app is possible in every single Indian language. It also offers some of the leading international languages like French, German, Spanish, Portuguese etc. Above all, a user can create an app in more than one language. Other than these, Sharma said that if somebody who does not have any online presence and only want a mobile app, that is also possible with Instappy because it has an independently hosted platform with full data integration capabilities.

Instappy offers a subscription-based model and also there is a customised plan for enterprises, which may need unique integrations in their apps, or need a managed account. According to company officials, the subscription plans start from as low as Rs 50,000 per year and more advanced versions could go up to Rs 1,50,000.