Google Nexus 6 32GB has been already listed on Flipkart as ‘coming soon’. 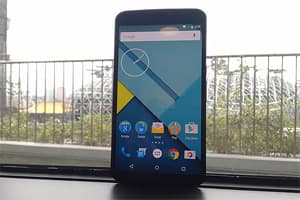 The next Nexus smartphone made by Motorola (a Lenovo company now ) might be launched on November 18 in India.

We got to play with the phone at Google’s annual Asia-Pacific press event at Taipei, Taiwan. At first glance, the Nexus 6 looks like a larger version of the new Moto X smartphone. It features a 6-inch quad HD display. Despite the 6-inch screen, the Nexus 6 doesn’t compromise much on one-handed operability. It never gives the user the feel that the device is big to hold.

On the hardware front, the Nexus 6 runs on a 2.7 GHz quad-core Snapdragon 805 processor with the Adreno 420 GPU and 3 GB RAM. Running the latest Android 5.0 Lollipop OS, the smartphone sports a 13 MP rear camera and has a 2 MP front camera. Powered by a 3220 mAh battery, the Nexus 6 comes with Bluetooth 4.1, WiFi, NFC and supports 4K video playback.