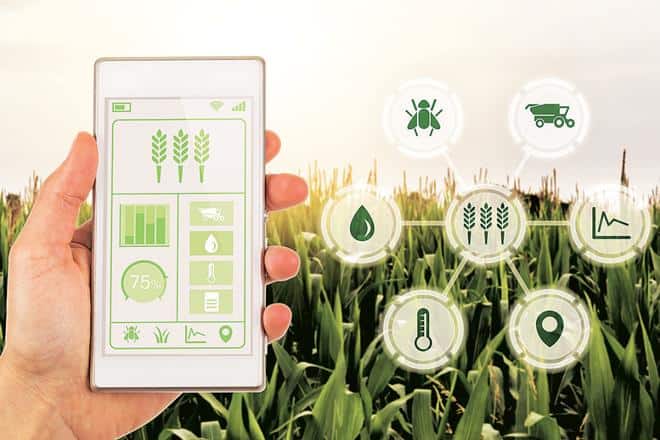 The agritech sector is growing at the rate of 25% year on year, the report says.

Today, India is home to over 450 startups in the agritech sector. As per a recent Nasscom report, this space has seen funding close to $248 million till June 2019, as compared to the 2018 number of around $73 million— a 300% growth in less than a year. The agritech sector is growing at the rate of 25% year on year, the report says. The growth is mostly driven by the B2B channel with venture capital firms such as Accel Partners, Tiger Global, Kalari Capital, Omnivore, Bertelsmann India Investments and Beenext investing in this sector. In the past 18 months, nearly $200 million worth of funds have been infused in the B2B segment and roughly 54% of startups operate in this segment due to various advantages—faster adoption of tech and better access to market being the major ones despite lower margins compared to the B2C channel.

Some of the startups in this segment such as Goldfarm, farmsurge and Arnette Technologies have made the transition from B2C to B2B to make the most out of these opportunities. “We got a major push after fruits and vegetables were deregulated in 2014 and 2015, when farmers started selling their produce to consumers directly and not just to mandis and middlemen,” says Thirukumaran Nagarajan, CEO and founder, Ninjacart. This startup helps link farmers to retailers using technology at every step in the value chain.

Similarly, CropIn Technologies has seen 3x increase in adoption of its solutions after 2014. CropIn enables farmers to farm smart, via companies operating in the agriculture sector. “We can zero in on any farm and divide them into 10×10 meter grids, using satellite images across the globe, which then lets us monitor farming patters for forecasting,” says its founder and CEO, Krishna Kumar.

Indian agritech startups operate in a number of key areas across the supply chain addressing Market Linkage—improving supply chain and taking farmers’ products directly to consumers, Digital Agriculture—driving transparency, traceability and real-time access, Better Access to Inputs (seeds, fertilisers, etc.)—taking quality inputs to the farmers for better, Farming as a Service—making services affordable to small and marginal farmers and Financing—innovations taking roots in farmer financing. More than 50% of startups operate in these areas. Simultaneously, more than 50% of agritech funding goes to supply chain startups, with Ninjacart bagging around $165 million, the highest overall, the report says.

In the backdrop of this increased funding, 48% of agritech CEOs believe there is an agritech unicorn coming in the next three years. They also wish to expand to markets such as South East Asia, Europe, Africa and South America. According to the report, in the last five years, more than five global agritech companies have ventured into India, as compared to more than 25 Indian agritech companies with global presence. Companies such as SourceTrace and FarmERP operate in 26 and 10 countries, respectively. “As of mid September, we are in 46 countries. Our next international presence will be in October 2019, in London,” says Krishna Kumar of CropIn.

Recent developments in modern technologies have helped these businesses scale. For instance, drone technology and IoT sensors have helped in large scale mapping of fields and remote crop monitoring, which can then be linked to a mobile platform. Other technologies such as blockchain, data science and analytics, image sensing and Machine Learning (ML) have helped in addressing supply chain and ERP use cases with innovative business models. “Adoption of technology in agriculture has always needed a structured institutional focus and technology firms are trying to break into the agricultural landscape using newer business models,” says Debjani Ghosh, president, Nasscom. Farmers have been very responsive to these technologies, which has been further aided by mobile penetration and low data rates. In the last decade, farmer income increased by 1.7x, further enabling them to try newer technologies.

However, over 40% of these startup founders still find it difficult to rise funds and gain investor confidence. Agritech based solutions take time to scale and require a mindset change from VCs. This is especially true in B2B segments where payment cycles are long. This raises the demand for government intervention as it can provide access to large markets as well as subsidies. Maharashtra has launched ‘Agri Tech’ scheme for digitally tracking agriculture management. Karnataka has set up an agritech fund of $2.5 million with an aim to target at least 21 startups. NITI Aayog has started a pilot project on precision agriculture using Artificial Intelligence in 10 districts from seven states. Telengana , Tamil Nadu, Maharashtra have launched agri open data portals. Karnataka has partnered with IBM for tomato price forecasting using AI and ML technologies.

Despite these measures there is a lot to do on the policies related to financial, data and incubation of these startups. As per the report, India should work on its data sharing policies and models and introduce catalytic/ micro funds in the range of $2-$14 million to speed up innovation.