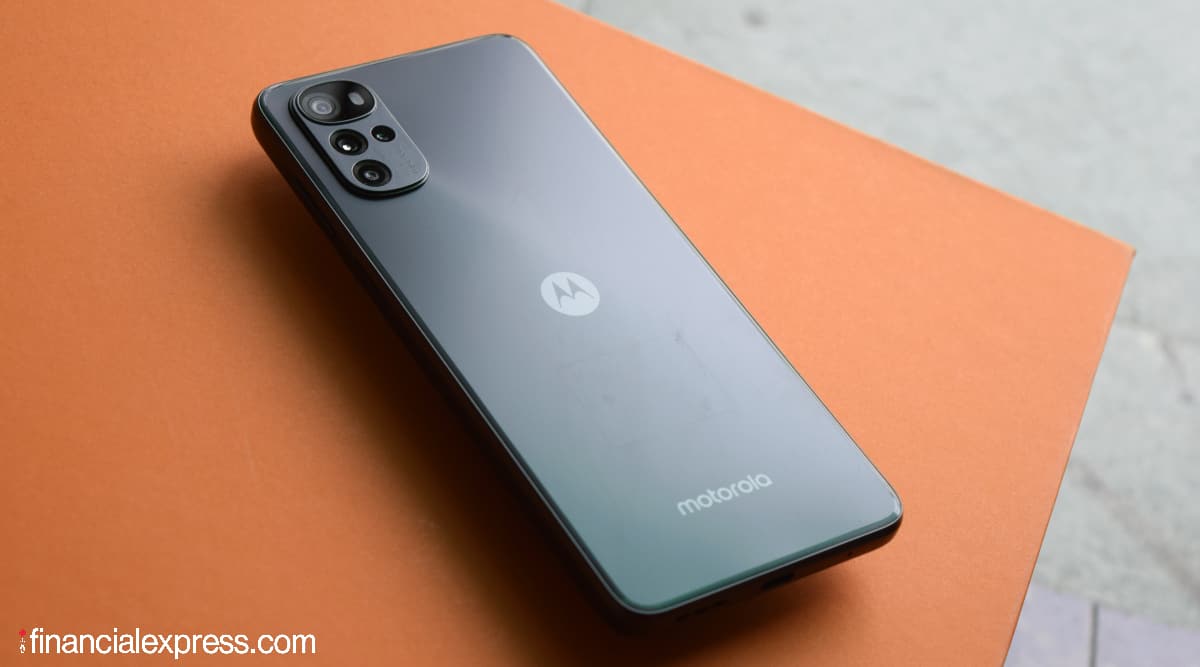 The market average selling price (ASP) has gone up over the last year or two and finding a good entry-level smartphone has become challenging, as a result. There’s another thing that’s changed silently alongside, which is that the amount of bloat or adware inside budget phones has –also— gone up significantly. We know that this helps subsidise these phones, keeping their prices low, but to what end, that’s the question no one seems to be asking. While you take a minute to ponder over that, Motorola has launched a new phone called the G22 in India that wants to break that stereotype.

Not only does this budget phone run Android 12 right out of the gate, but Motorola is also promising an “ad-free, near stock” experience. Moreover, it is one of the very few brands in the market today with a clear-cut support roadmap. The Moto G22 will get 3 years of “assured” security updates. There is no word on the number of major Android OS updates it will be eligible for, but hey, if you think about it, what other brand is giving you that information, anyway?

While it may not seem like a huge deal for the target audience –which is mostly first-time users or probably those looking at their first upgrade or a gifting option for friends and family to embrace the new normal – the combination of latest plus clean software and the guarantee of long-term support is a big differentiator for the Moto G22, one that sets it apart from everything else, and should help Motorola in sales.

To be clear, the Moto G22 is not bloat-free entirely but a couple of third-party apps it does ship with, are easily removable. As for spammy notifications, there are none. It seems Motorola is using a skimmed version of its My UX interface in this phone minus some of the fancier features you get in its pricier phones be it the Moto G71 or the high-end Edge 30 Pro. You do get a couple of quick shortcuts and gestures such as three-finger screenshot but granular personalisation, peek, and attentive display, and all are missing. First-time users are unlikely to miss them, though, so it’s fine.

Complimenting that clean software is a set of good hardware that kind of does justice to the price point that we’re dealing with.

You get a tall 6.5-inch 90Hz IPS LCD display with a 720p resolution and hole punch cut-out at the centre. It could be brighter, and contrast could be richer, but it gets the job done. Under the hood, there is a MediaTek Helio G37 chip paired with 4GB RAM and 64GB storage. This is expandable. Powering the Moto G22 is a 5,000mAh battery with 20W fast charging.

For photography, you get a quad camera setup on the rear with a 50MP main, 8MP ultrawide, and two 2MP cameras, one for macros and another for depth. On the front, it has a 16MP camera.

Motorola says the Moto G22 has a water-repellent design. The phone is made out of plastic and has a flat frame—which is increasingly becoming the norm lately. The Moto G22 may not win many design awards, but it looks original mostly and stands out from peers quite effortlessly. It feels solid in the hands without being overtly thick or heavy. Biometrics are handled by a side-mounted fingerprint reader. The phone will initially be available in Iceberg Blue and Cosmic Black colourways. A third option, called Mint Green, is coming soon.

Motorola G22 price in India is set at Rs 10,999. This is for a version with 4GB RAM and 64GB storage. Software is, no doubt, the Moto G22’s trump card but Motorola has also paired it with decent hardware that may not blow your minds away completely but has great potential to change the game. This phone can totally change the way we perceive budget phones today. Watch this space for our full review.