Not just the Redmi Note 11T 5G, the Moto G51 is also giving the Realme 8s 5G and Lava Agni 5G a run for their money 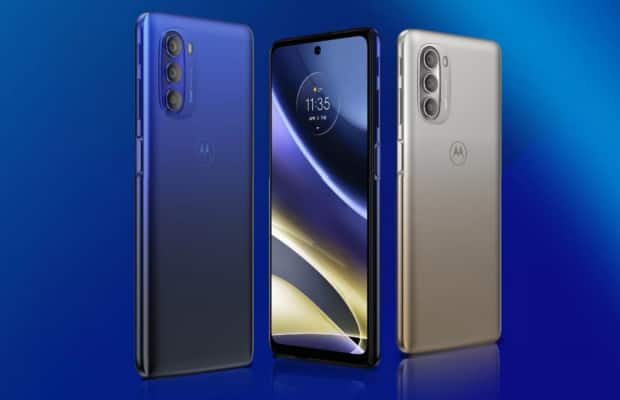 Lenovo-owned Motorola Mobility launched the Moto G51 5G phone in India on Friday, December 10th. This is clearly Motorola’s answer to Xiaomi’s recently launched Redmi Note 11T 5G. Motorola seems to be undercutting Xiaomi with a very competitive spec-sheet including a faster 120Hz display, Qualcomm Snapdragon 480 Plus chip, support for more 5G bands, and a triple camera setup. Motorola is undercutting Xiaomi in pricing, too, as the Moto G51 costs only Rs 14,999.

Not just the Redmi Note 11T 5G, the Moto G51 is also giving the Realme 8s 5G and Lava Agni 5G a run for their money—at least on paper.

The Moto G51 has been launched in India at a price of Rs 14,999 for a version with 4GB RAM and 64GB storage. The phone will start selling from December 16th 12PM onwards ‘exclusively’ on Flipkart.

Coming to the specs, the Moto G51 comes with a 6.8-inch 1080p IPS LCD display with a 120Hz refresh rate and hole punch cut-out. Under the hood, the phone has a Qualcomm Snapdragon 480 Plus system-on-chip which is paired with 4GB RAM and 64GB storage—this is expandable. Rounding off the package is a 5,000mAh battery with 20W fast charging support.

The Moto G51 has an all-plastic body which is being touted for its IP52 water-repellant rating. It will come in two colourways— Indigo Blue and Bright Silver.

Another key highlight of the Moto G51 is its “ad-free, bloatware-free near-stock” Android 11 software. Lastly, the Moto G51 also packs support for 12 5G bands. Motorola claims that this is “the maximum 5G network band support in the sub-15K segment.”

The Redmi Note 11T 5G has a 6.6-inch 1080p IPS LCD display with a 90Hz adaptive refresh rate and hole punch cut-out. It is powered by MediaTek’s 6nm Dimensity 810 chip which is paired with up to 8GB RAM and up to 128GB storage. This is expandable. Software is MIUI 12.5. The phone has a 5,000mAh battery with 33W fast charging support.

It has two cameras on the back—50MP main and another 8MP ultra-wide-angle. On the front, it has a 16MP selfie camera.