Skype for Web will be available to a small number of existing users at first and will be rolled out globally in the coming month. 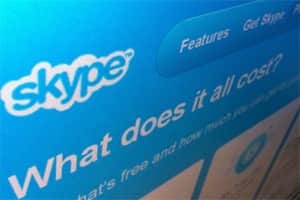 “It’s perfect if you prefer using the web rather than an app: perhaps you’re sitting at a computer that doesn’t already have Skype downloaded,” Microsoft said in a blog post yesterday.

“Or maybe you’re on the go and using an Internet cafe or hotel computer whilst on vacation where you can’t download Skype at all.”

Skype for Web will be available to a small number of existing users at first and will be rolled out globally in the coming months, according to Microsoft.

Skype is used every day for more than two billion minutes of voice and video calling on the Internet, the US technology titan said.

Skype was launched in August 2003 by two Scandinavian technology entrepreneurs, Niklas Zennstroem of Sweden and Janus Friis of Denmark, who expanded on existing peer-to-peer networking technologies.

Skype, which allows its online users to make high-quality calls to each other anywhere in the world for free, quickly took off, bringing the world closer together in an age when globalization and intercontinental travel pulled more families apart than at perhaps any other time in history.

Skype was made available through free applications tailored for computers, smartphones, tablets and smart televisions.
US software maker Microsoft bought Skype in 2011 for USD 8.5 billion and built the service into Xbox One video game consoles.