The forum said in a press release that it would focus on “pragmatic, action-based projects” to support common standards. 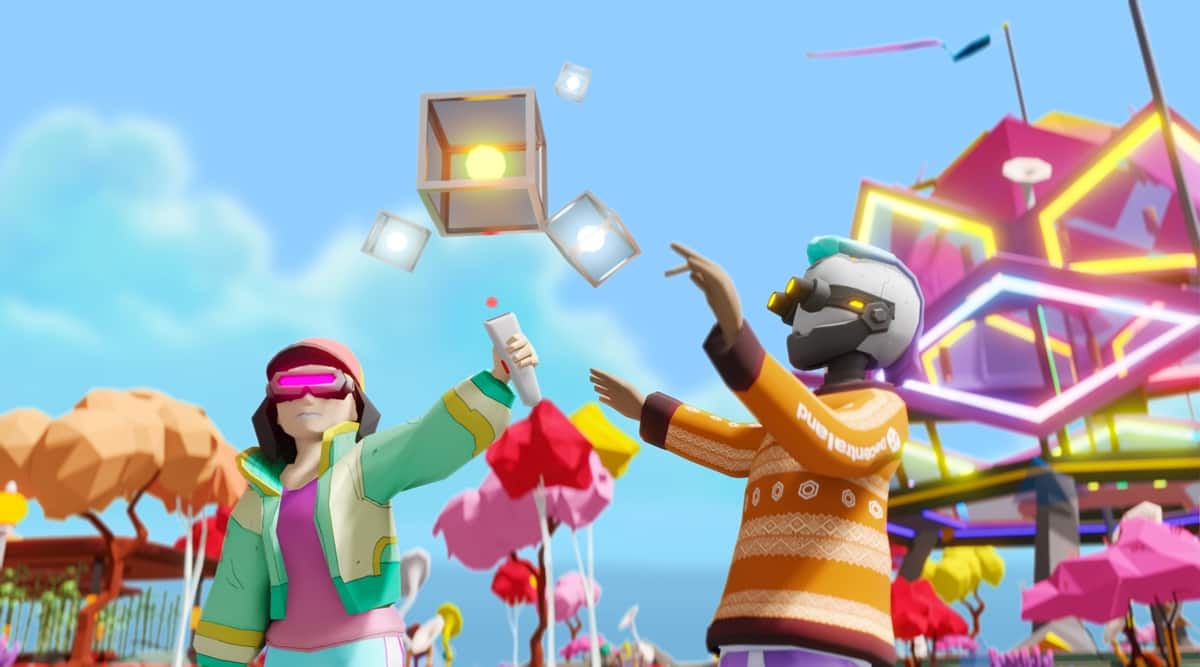 The forum suggests an interest in formalising the “metaverse” development as a unified field. (File/Reuters)

Meta, Epic Games, Microsoft and 33 other companies have banded together for a standards group for “metaverse” tech. The Metaverse Standards Forum will foster open, interoperable standards for augmented and virtual reality, 3D and geospatial tech.

The forum said in a press release that it would focus on “pragmatic, action-based projects” such as hackathons and prototyping tools to support common standards. It is also interested in developing “consistent terminology” for the metaverse — despite disagreements over what a “metaverse” actually is.

The other founding members of the group include major pre-metaverse entities such as the World Wide Web Consortium (W3C), Qualcomm, Nvidia, Sony Interactive Entertainment, and Unity. Newer companies such as Lamina1, a blockchain payments startup, have also joined the bandwagon.

The forum, however, is still missing big names. Apple, which is working on AR/VR tech tech, is the biggest exclusion. Niantic and Roblox, which made early strides in blending games and virtual worlds, are also absent. More members could join after the group begins operation — its first meeting is expected this year.

“Industry leaders have stated that the potential of the metaverse will be best realized if it is built on a foundation of open standards,” the group said.

“Building an open and inclusive metaverse at pervasive scale will demand a constellation of open interoperability standards.”

“Metaverse” is a catch-all term for virtual worlds and many subfields already have standards bodies, including some which have joined the Metaverse Standards Forum. Open standards, however, don’t mean that companies will create the metaverse as an interlinked space resembling the World Wide Web. But open standards would make it easier for developers to build the same content for different platforms or for users to export data from one platform to another.

The forum suggests an interest in formalising the “metaverse” development as a unified field.

Follow us on
Most Read In Technology
How to send WhatsApp messages from website without saving a number
1
No need to disable ‘Read receipt’: Here is how to read WhatsApp messages without blue tick notifications
2
Digital transformation: Cloud proving to be a great fit for Myntra
3
India to have 500 m 5G mobile subscriptions by 2027: Ericsson
4
WhatsApp feature trick: How to hide your view on your friend’s WhatsApp Status
5
WhatsApp tips and tricks: Step by step guide to scheduling your messages on Android and iOS
6
Here’s the ultimate rundown of everything F1 – F12 keys do
7
10 hidden Google tricks we bet you didn’t know!
8
Samsung Galaxy M53 5G: Good specs, but is that enough?
9
How to use WhatsApp without keeping the app on your phone
10
Latest News
Illnesses caused by BA.2.38 are mild, self-limiting, says COVID-19 study
No of ITC employees with over Rs 1 cr salary goes up to 220, MD salary rises 5% in FY22
Domestic air passenger traffic grows nearly five-fold in May
Ben-Gurion University announces scholarships in robotics for PhD students
Financial watchdogs should do more to protect cryptocurrency investors, Swiss regulator says
Volvo Group is all geared up to scale up with industry transformation
Make in India: IIT Madras and GE Aviation innovation programme goes for testing
Photos
Yoga for Humanity: PM Modi at forefront of International Day of Yoga celebrations | See photos
1 day agoJune 21, 2022
Amarnath Yatra PHOTOS! Pratham Puja held at holy cave shrine in south Kashmir Himalayas
1 week agoJune 15, 2022
MacBook Air M2 (2022) in pics | First look at design, specs, features, and more
2 weeks agoJune 7, 2022
Read More
×
Average salary of CEO in India is over Rs 11 cr: Deloitte
LinkedIn: 73% sellers in India use sales tech once a week
Twitter board approves Elon Musk’s buyout offer – Know the shareholders’ voting process
Jaishankar meets Ethiopian President Zewde; Discusses bilateral ties, regional and international situation
India and Australia explore cooperation in defence industrial sector
Meta and other tech giants form metaverse standards body, without Apple