Even if we don’t exactly know how the Metaverse is going to unfold, big tech is convinced this is the future. So much so that Facebook has rebranded itself as Meta, a clear indicator of where Menlo Park sees itself a few years from now. 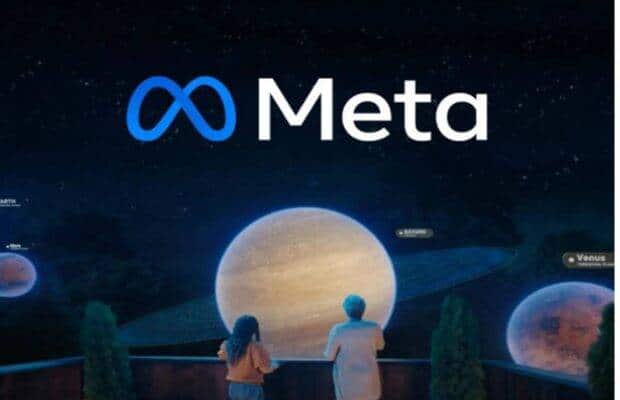 Shah is convinced that India has a space in the Metaverse, especially since it will be rooted in the creator ecosystem and with small businesses.

“Today, the way we primarily experience the internet is that we look at it. In the future, we will be in it.”

That is probably the simplest explanation of a concept as complex as the Metaverse. Even if we don’t exactly know how the Metaverse is going to unfold, big tech is convinced this is the future. So much so that Facebook has rebranded itself as Meta, a clear indicator of where Menlo Park sees itself a few years from now.

Vishal Shah, vice-president, Metaverse, at Meta, says everyone there believes Metaverse to be the successor to mobile internet. “Not a new internet, not a new set of protocols, not an entirely new foundation, but a new way to experience the internet.” That version of mobile internet, Shah said, could be best experienced in virtual reality or augmented reality on a phone or a computer, as long as you are embodied and present in the experience.

“I fundamentally don’t believe any of the things that we are building are replacements of the physical experiences that we have today,” he told The Indian Express when asked if the world of the Metaverse is a world beyond smartphones. “If I could be in a room with you today, I would much prefer that than just being able to see you digitally. But the reality is, we can’t necessarily be with each other all the time physically. And this is a way to take the digital experiences that we have and to make them better.”

While these immersive experiences will be the best on the latest generation of hardware like a VR headset or AR glasses, most people will just experience them across devices and that includes their phones and computers.

“The modalities will be different … but a lot of the ideas around continuity and context and co-presence still apply even if you can’t be as deeply immersed as you might be in something like a VR headset. So it’s absolutely inclusive of phones, but the sort of modality is rooted in a more spatial or immersive metaphor.”

Shah, who was at Instagram for six years, has over the last four months been focusing on the Metaverse effort. He said everyone at Meta knows this is maybe a 15-year journey, but is taking early steps because they are convinced this is the future. And is the concept of co-presence that seems to have got Facebook so interested in this immersive future of the internet.

“As a social company, we care about people connecting with other people. So it’s not about solitary, single-player experiences. It’s about people connecting with others. And this idea of co-presence is really deeply rooted in everything we are trying to build and so you can imagine this touching purely social use cases like hanging out with your friends and family more, or watching a cricket match with your friends and having a conversation even if you couldn’t physically be together,” Shah said. The last 18 months, he said, has maybe made it more obvious how important those connections and the feeling of being with others can be.

There is also the idea of continuity. “If you buy a digital good, that tends to be mostly restricted to the place in which you bought it. So the idea of continuity of being able to move from space to space and be able to take things with you is a pretty powerful construct which will require a set of interoperable standards that we will build,” Shah said, underlining that belief that the “Metaverse will not be built by any one company”.

“In fact, it can’t be built by any one company, both from a platform and experience perspective. There’ll be a role for other companies, for creators, for businesses, for individual developers to actually build these experiences and for people to feel like they can have continuity.”

Shah said it won’t serve consumers or creators well to have these things kind of locked up into individual universes. “We are trying to build a Metaverse that connects these different universes. And if we don’t do that, then we’ll just end up with a bunch of siloed universes all over again.”

Shah underlined that it is necessary to talk about the concept of Metaverse early, also to set expectations and make it clear that these technological changes and shifts take time. “Sometimes we don’t talk about them until they are already here. We are trying to do that differently this time to talk about it earlier to engage with the ecosystem, both the business community and the regulatory figures from around the world to make sure they understand the implications and how it might affect all of us over time.”

But not everything is really in the future. “Some of these things are starting now. In markets where we have our headsets, we have had Horizon Workrooms. In the US, we announced availability for a product called Horizon Worlds, which is a UGC creation platform where you can build worlds and experiences and people can experience them together in VR,” Shah said, adding that over the next couple of years, Meta will continue to build VR-centric experiences and “bring them more broadly across different devices”.

Shah is convinced that India has a space in the Metaverse, especially since it will be rooted in the creator ecosystem and with small businesses. “India has been a key market for that, an early adopter for us for years,” he said, on how the country started using products like Reels and creates content on scale. “I think it will translate to a really meaningful set of things that we probably haven’t figured out yet.”

Next Story
Looking back at 2021: Digital impact on HR systems