Huawei is set to launch the P50 Pocket “clamshell” folding phone in China on December 23. 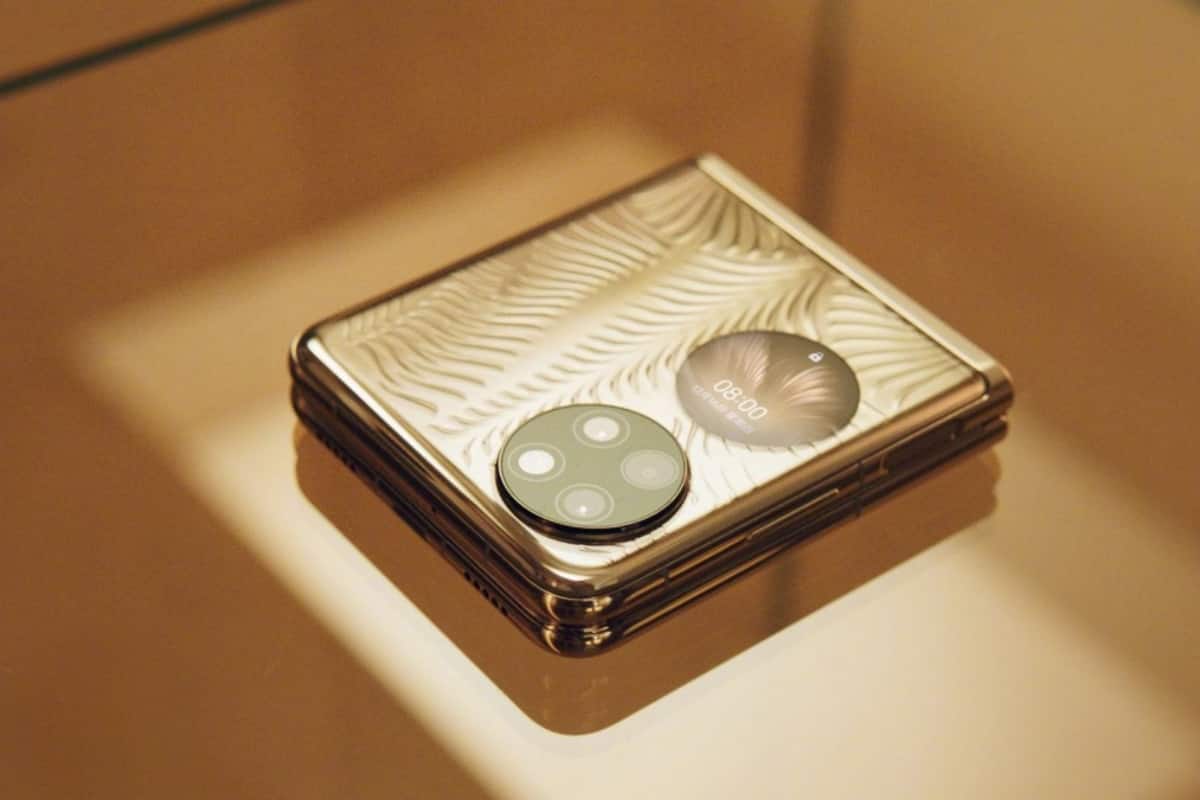 Huawei is set to launch the P50 Pocket “clamshell” folding phone in China on December 23. Ahead of D-day, several press renders of the foldable have been released on Chinese social media website Weibo, revealing its key design elements though, a very strategic positioning means, we’re still not getting to see that all important folding display.

Huawei seems to have partnered with Harper’s Bazaar and the renowned fashion publication has shared key design elements of the P50 Pocket in the form of a portfolio shoot. The photos center around Chinese celebrity Guan Xiaotong, who is seen posing along with the P50 Pocket from multiple angles.

The lush gold design makes it abundantly clear who this phone is targeted at. The shoot only accentuates it further. Huawei will most likely target the P50 Pocket as fashion tech, which is to say that will be a lifestyle product. The Galaxy Z Flip 3 is also similar, but it’s a lot more muted and appeals to a wider audience. Huawei will perhaps have more colours at launch.

Aside from the gold colourway, the other striking aspect of the P50 Pocket is its outer cover display. The phone will come with a rounded camera assembly with three shooters in all, a setup seen in many recent Huawei/Honor phones. Below this setup, Huawei has placed a small cover display that basically mirrors the camera module above.

In other words, the back of the P50 Pocket will come with a pair of circles. By the looks of it, the cover display would be a novelty rather than something you’d actually use a lot, sort of like how things were in the first generation of the Flip. More details will of course be known at launch.

As mentioned earlier, we don’t get to see the P50 Pocket from the front. Huawei isn’t sharing any hardware details, too, at this point. But we well know for sure soon enough as the launch isn’t very far away.

More Stories on
Huawei phoneSamsung
Next Story
WhatsApp may soon allow group admins to delete messages for everyone to curb spread of fake news, misinformation