Meet Neil Papworth, the man who sent 1st SMS 25 years ago on this day

It was on this very day, 25 years ago, when Neil Papworth, a 22-year-old software programmer, sent the first ever text message from a computer to his colleague Richard Jarvis. 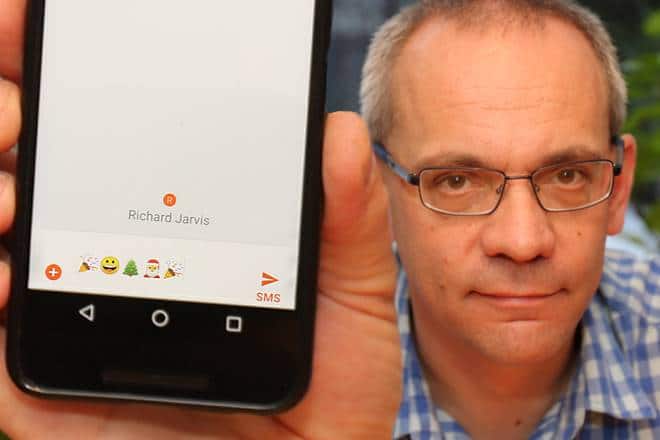 Neil Papworth, a 22-year-old software programmer, sent the first ever text message from a computer to his colleague Richard Jarvis.

SMS or Short Message Service is an integral part of our lives. We send SMS to our friends, family and colleagues every now and then. But, have you ever thought how this service originally came into existence? It was on this very day, 25 years ago, when Neil Papworth, a 22-year-old software programmer, sent the first ever text message from a computer to his colleague Richard Jarvis. Neil who had been working as a developer and test engineer to create a Short Message Service (SMS) for his client, Vodafone, had sent the first ever text message on 3rd December 1992. The text simply read as: ‘MERRY CHRISTMAS’.

About one year later, Nokia introduced an SMS feature with a distinctive ‘beep’ to signal an incoming message. Initially, there was a 160-character limit on the text messages but users adjusted quickly by inventing terms like ‘txt spk’, such as ‘LOL’ for ‘laughing out loud’ and ‘emoticons’ – symbols made from keyboard characters to show emotions. These would later inspire the creation of the first emojis. Messages that were longer than 160 characters are now automatically broken into multiple SMSes.

In 1999, seven years after Neil Papworth’s first SMS message, texts could finally be exchanged on multiple networks, propelling them to greater popularity than ever before. To mark the 25th anniversary of text messages, ‘MERRY CHRISTMAS’ messages are being sent by millions of people all over the world using texts, videos and emojis.

Also Read
No need to disable ‘Read receipt’: Here is how to read WhatsApp messages without blue tick notifications
10 hidden Google tricks we bet you didn’t know!
Lack of safety on internet due to bots, algorithms: Rajeev Chandrasekhar
WhatsApp feature trick: How to hide your view on your friend’s WhatsApp Status

Talking about this special occasion, Papworth said that he had no idea that text message would become so popular. Papworth said that he had recently told his kids that he had sent the first message. “In 1992, I had no idea just how popular texting would become, and that this would give rise to emojis and messaging apps used by millions. I only recently told my children that I sent that first text. Looking back with hindsight, it’s clearer to see that the Christmas message I sent was a pivotal moment in mobile history,” he added.