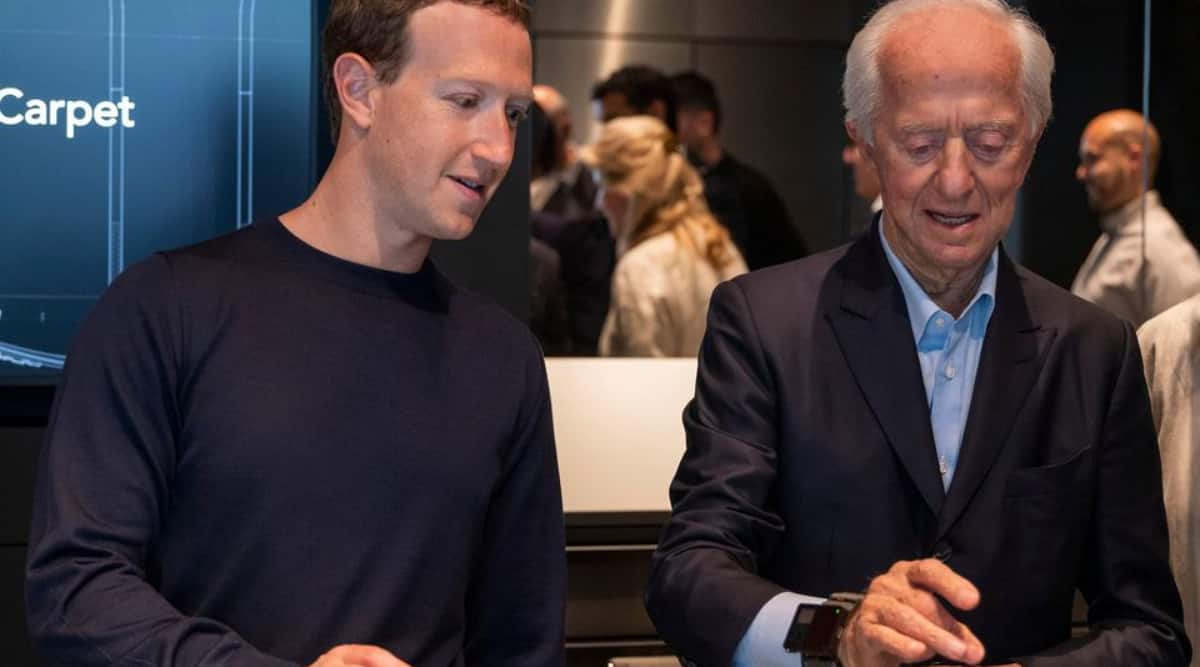 “Here Leonardo is using a prototype of our neural interface EMG wristband that will eventually let you control your glasses and other devices,” Zuckerberg said in a post on Facebook, referring to EssilorLuxottica’s chairman, Leonardo Del Vecchio. He closed his message with a smiley-face emoji wearing sunglasses.

Facebook – which changed its name to Meta Platforms in October – said in a blog post last year that it planned to develop a wristband that would control augmented reality glasses, allowing users to interact with a virtual world using finger movements.

Zuckerberg was in Milan to discuss plans for new smart glasses with the eyewear company, he said.

In 2020, EssilorLuxottica and Meta Platforms announced a multiyear collaboration to develop smart glasses. They currently sell frames like the classic Ray-Ban Wayfarer model that are embedded with technology, allowing the wearer to take photos and listen to music and calls, starting at $299.