The social networking giant has faced allegations of “intentionally suppressing conservative news” from appearing on Trending Topics — a relatively new section of the site that shows the most popular news stories, technology website Thewrap.com reported on Saturday. 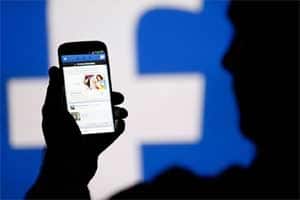 People can toggle the "Secret Conversations" feature on in settings to enable end-to-end encryption on Messenger. (Reuters)

An inexperienced and unorganised team may have been controlling the now-controversial Trending Topics feature of Facebook, according to media reports.

The social networking giant has faced allegations of “intentionally suppressing conservative news” from appearing on Trending Topics — a relatively new section of the site that shows the most popular news stories, technology website Thewrap.com reported on Saturday.

“The Trending Topics team was a fledgling enterprise made up of a small, ill-managed group of recent college graduates with little to no work experience, charged with combing through mountains of materials unearthed by algorithms,” The New York Times reported after conducting interviews with current and former Facebook employees.

The human component was needed, according to former employees cited by the Times, because roughly 40 percent of terms unearthed by algorithms were described as “junk”, just common phrases users happened to use around the same time across the platform.

The influential newspaper said the Trending List on the social network was skewed by individual judgment and not institutional bias.

Facebook employees in charge of the feature “were not directed to squelch conservative news on the site, nor would that be easily accomplished by a staff member who wished to do so”, the report said.

While the subsequent inspection of the Facebook machine indicated intentional company-wide bias was near impossible, “unconscious bias” may be in play, as well as the ever-updating editorial guidelines, a 28-page document that made it hard for curators to keep up.

He added that Facebook had “identified ways in which we should have improved”.

Trending Topics was introduced in a handful of countries in January 2014 with a small staff based in New York.

It was Facebook’s first major attempt to comb through the avalanche of information being posted on the social network and to make it easier for people to find current events.