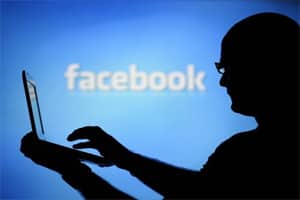 Facebook has restricted access to nearly 5,000 pieces of information on its website in India in the first six months of 2014, the highest for any country, following requests from government and other agencies to act against hate-content on social media platforms.

India is the largest userbase for Facebook outside the US with over 100 million users.
Similar steps were taken in Turkey (1,893) and Pakistan (1,773) during the said period, Facebook said in its Government Requests Report.

“We restricted access in India to a number of pieces of content reported primarily by law enforcement officials and the India Computer Emergency Response Team under local laws prohibiting criticism of a religion or the state,” Facebook said in the report.

India is also ranked second, just behind the US, in terms of government requests for access to users and accounts.

During January-June 2014, Facebook said it had received 4,559 requests for information on 5,958 users and accounts. Of this, 50.87 per cent of requests saw some data being produced.

Compared to the July-December 2013 period, the number of requests has gone up over 26 per cent, while it is higher by 40 per cent compared to the same period last year.

Facebook said it received 15,433
total requests for 23,667 users and accounts and 80.15 per cent of requests saw some data being produced.

“Since our first report, we’ve seen an increase in government requests for data and for content restrictions. In the first six months of 2014, governments around the world made 34,946 requests for data — an increase of about 24 per cent since the last half of 2013,” Facebook Deputy General Counsel Chris Sonderby said in a blogpost.

During the same time, the amount of content restricted because of local laws increased about 19 per cent, he added.

“We scrutinise every government request we receive for legal sufficiency under our terms and the strict letter of the law, and push back hard when we find deficiencies or are served with overly broad requests,” he said.

He added that the US-based firm, which has about 1.3 billion users, will continue to work with industry and civil society partners to push governments for additional transparency.

“While we recognise that governments need to take action to protect their citizens’ safety and security, we believe all government data requests must be narrowly tailored, proportionate to the case in review, and subject to strict judicial oversight,” he said.