The government will tomorrow start its second and final phase of BharatNet project — with an outlay of around Rs 34,000 crore — to provide high-speed broadband in all panchayats by March 2019, Telecom Secretary Aruna Sundararajan said today. 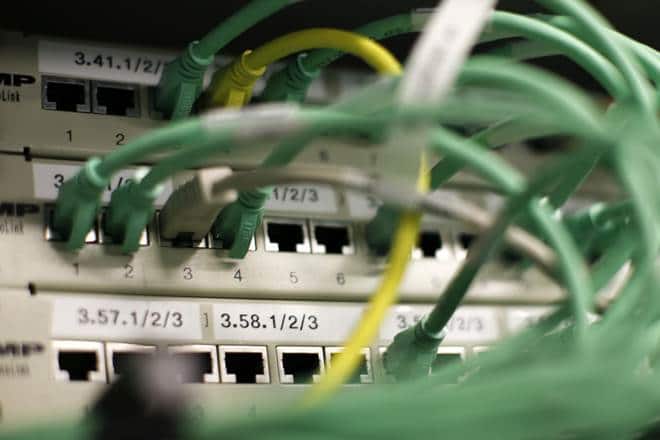 The government will provide support of Rs 3,600 crore to telecom operators for rolling out wifi in villages. (Reuters)

The government will tomorrow start its second and final phase of BharatNet project — with an outlay of around Rs 34,000 crore — to provide high-speed broadband in all panchayats by March 2019, Telecom Secretary Aruna Sundararajan said today. Under the project, the government aims to connect 1.5 lakh panchayats through 10 lakh kilometres of additional optical fibre and give bandwidth to telecom players at nearly 75 per cent cheaper price for broadband and wifi services in rural areas. “We will tomorrow launch phase 2 of BharatNet to connect 1.5 lakh gram panchayats with high-speed broadband by March 2019. Phase 1 of the project, under which 1 lakh GPs were to be connected, will be completed by the end of this year. We expect telecom operators to provide at least 2 megabit per second speed to rural households,” Sundararajan said. Telecom Minister Manoj Sinha, Law and IT minister Ravi Shankar Prasad and Human Resource Development Minister Prakash Javadekar will launch the project on Monday. The telecom ministry will sign agreements with seven states — Maharashtra, Gujarat, Chhattisgarh, Andhra Pradesh, Telangana, Tamil Nadu and Jharkhand — which will roll out the project on their own with partial funding from the central government. “The total project cost of BharatNet is around Rs 45,000 crore, of which Rs 11,200 crore have been used for the first phase. After rural exchange rollout in the country when telecom services started, this is the biggest project involving domestically manufactured products for the entire project,” Sundararajan said. She said around Rs 4.5 lakh crore value can be added to the national gross domestic product on completion of BharatNet phase 2 as a study has suggested that every 10 per cent usage of Internet in India drives up GDP by 3.3 per cent.

BSNL will roll out optical fibre in eight states — Assam, Haryana, Madhya Pradesh, Rajasthan, Uttar Pradesh, West Bengal, Jammu and Kashmir and Sikkim that were not covered under the first phase of BharatNet. Power Grid Corporation of India has been awarded contract for three states — Himachal Pradesh, Uttarakhand and Odisha. The government estimates that the second phase of BharatNet will double the existing optical fibre footprint in the country and generate employment of 10 crore mandays during the rollout of the project. It is setting up connection point or exchange for optical fibre at each panchayat under the scheme. Thereafter, telecom operators can buy connection or bandwidth from the government to sell the same in rural areas. Broadband services rates, Sundararajan said, are expected to be low because of intensive competition in the sector and the government is offering bandwidth under the project to telecom operators at 75 per cent lower rate than they currently buy it. She added that telecom operators Reliance Jio, Bharti Airtel, Idea Cellular and Vodafone are interested in providing services under BharatNet.

The government will provide support of Rs 3,600 crore to telecom operators for rolling out wifi in villages. “India at present has 38,000 wifi hotspots. Under BharatNet phase 2, around 6-7 lakh wifi hotspots will be added with 2-5 hotpsots in each panchayats. Some of the wifi hotspots may not be commercially viable initially. So (we) will provide viability gap funding of around Rs 3,600 crore to telecom operators,” the secretary said. The total wifi rollout cost is estimated to be around Rs 10,000 crore, she said. Under BharatNet phase 1, the government has set up 15,000 wifi hotspots of which around 11,000 are in rural areas and the rest in semi-rural.

Also Read
Smart Vision Glasses: AI-powered device to help blind see the world
OnePlus urges users to switch off from the digital world and spend time with the loved ones in their latest campaign, ‘Stay Connected. Stay Smarter’
No need to disable ‘Read receipt’: Here is how to read WhatsApp messages without blue tick notifications
10 hidden Google tricks we bet you didn’t know!