Google, the world’s most valuable company after Apple Inc, reported better-than-expected revenue and profit for the first time in six quarters on Thursday. 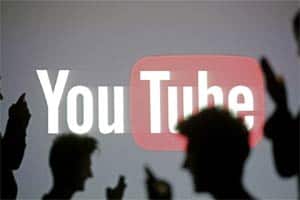 YouTube says it's making a further push into virtual reality, promising to add 3-D support for videos that play back in its 360-degree format. (Reuters)

Google Inc’s strong growth in mobile advertising revenue allayed concerns the company’s YouTube business could be hurt by Facebook Inc’s efforts to cash in on the growing popularity of videos on smartphones and tablets.

Google’s shares rose 13 per cent to $680.97 in premarket trading on Friday, suggesting that the company’s market value was set to rise by about $50 billion.

Google, the world’s most valuable company after Apple Inc, reported better-than-expected revenue and profit for the first time in six quarters on Thursday.

Analysts also welcomed new Chief Financial Officer Ruth Porat’s emphasis on disciplined spending, with 23 brokerages raising price targets on its stock by as much as $140 to as high as $800.

Online video ads could be a $17 billion opportunity in the United States alone by 2017 and YouTube looks best positioned to benefit, Jefferies & Co analysts wrote in a note.

Google said watch time for YouTube rose 60 percent in the second quarter and the video service roped in more viewers aged 18-49 than any U.S. cable network on mobile alone.

Google and Facebook are trying to woo big companies to market their products via online videos.

YouTube has an edge over Facebook as it has a more mature monetization platform that seems to attract the best content, Piper Jaffray analyst Gene Munster said.

Google said the gap was closing between mobile and desktop “cost per click” (CPC), or the average price of online ads.

Google’s CPCs fell 11 percent in the quarter but that is not the complete story, Jefferies analysts said.

“This growth has steadily held in the mid-to-high teens since at least Q1:13,” RBC analyst Mark Mahaney said. “Such consistency is a rarity, especially for a behemoth business …”

Of 48 analysts covering the stock, 38 have “buy” or higher rating, while 10 have “hold.” The median price target is $670, according to Thomson Reuters data.