Google has rolled out a revamped version of its photo app, which offers unlimited storage for images and videos free of cost. 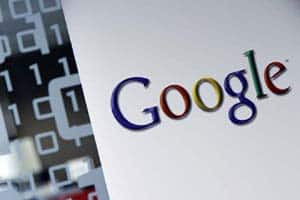 Google has rolled out a revamped version of its photo app, which offers unlimited storage for images and videos free of cost.

Although Google has limited the resolution for photos to 16 megapixels and 1080 pixels for videos, if one wants to store a higher resolution image or video, the app can also tap into the Drive storage, reported The Verge.

The tech giant has also introduced other new features in the app, including one around organisation, which analyses images and sorts them into groups automatically. The feature also lets Google put its search skills to good use as it allows users to search for specific moments in photos like, “snowstorm in Toronto”.

Also Read
Powerful Chipset and Blazing Fast Charging: With OnePlus 10T 5G, OnePlus has unleashed the ultimate flagship of 2022
No need to disable ‘Read receipt’: Here is how to read WhatsApp messages without blue tick notifications
How to send WhatsApp messages from website without saving a number
Govt withdraws Data Protection Bill from Lok Sabha

The app is being rolled out for iOS, Android and web users.