Google Glass may cause ‘blind spots’ in vision 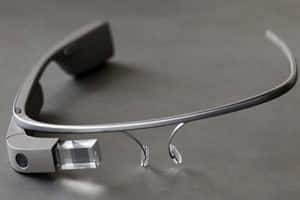 Wearing Google Glass may partially obstruct peripheral vision, causing blind spots that could interfere with daily tasks such as driving, a new study has found.

Tsontcho Ianchulev of the University of California, San Francisco, and colleagues compared performance on visual field tests with a head-mounted device vs regular eyewear to quantify their effect on visual function.

Participants used a wearable device (Google Glass, Google Inc), following manufacturer’s instructions, for a 60-minute acclimation period.
Perimetric visual testing (a measurement of the field of vision) was conducted first with the device, followed by a control frame (regular eyewear) of similar colour and temple width.

In addition, to assess how the devices are worn by general consumers, photographs of people wearing the product and facing the camera, obtained from an Internet search, were analysed. Photographs were assessed for prism position relative to the pupil.

Defects were induced by the Google Glass frame hardware design only and were not related to a distracting effect of software-related interference.

An analysis of 132 images indicated that many people wear the device near or overlapping their pupillary axis (a line perpendicular to the surface of the cornea, passing through the center of the pupil), which may induce scotomas and interfere with daily function.

The authors noted that the study is limited by the small number of participants, who may not be representative of all users, and that a larger sample is needed to identify factors that influence scotoma size and depth.

“Additional studies are needed to understand the effects of these devices on visual function, particularly as their use becomes increasingly common,” the authors concluded in the study published in the journal JAMA.