As the launch of the Daydream programme nears, Google is hiring Youtube stars like “Dolan twins”, Ethan and Grayson Dolan and Justine Ezarik, better known as “iJustine” for the promotion of the service. 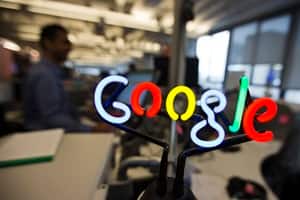 Google currently offers free Wi-Fi access at 53 railway stations across India and plans to scale up the service to 100 by year-end, the company said. (Source: Reuters)

As the launch of the Daydream programme nears, Google is hiring Youtube stars like “Dolan twins”, Ethan and Grayson Dolan and Justine Ezarik, better known as “iJustine” for the promotion of the service. Google is currently spending a lot of wealth in virtual-reality films and programmes as a part of the plan to prepare exclusive content for the Daydream service. Google is also to help with the help of promotion of projects from Hulu. The company is depending on apps and games to promote Daydream, a software service which Google hopes to be the dominant way of getting people to engage in virtual reality.

Google’s idea is to keep people connected by encouraging technology growth and ensuring that Google plays an important role in helping people look for things they want to watch. With this service in the market, Google would be venturing into a very crowded place with products from Facebook, Sony, Samsung among other companies. Google is focussing on mobile-based virtual reality, where users can tap their phones into a headset or a visor and get presented with an array of apps and games.

Daydream is Google’s way of involving a virtual reality platform into its Android mobile system. It has been reported that a majority of Google’s partners for the VR platform have agreed to create phones, which are compatible with the service. To make sure that the Daydream is a work of true excellence, Google has partnered with a number of big companies, such as HBO, Netflix, Youtube among many others. The Daydream service is rumoured to be introduced into the market around the same time, as the release of the new Android phones, VR headsets, and controllers. The newest version of Android will have VR-enhancing features including faster processing of graphics and better use of data from multiple sensors.