Gionee Marathon M5 Plus: A smartphone that refuses to die

The best thing about Marathon M5 Plus is its 5020mAh battery, which can last over two days on a single charge 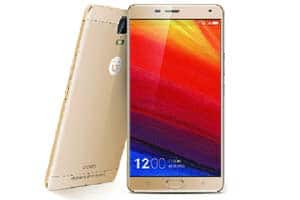 The best thing about Marathon M5 Plus is its 5020mAh battery, which can last over two days on a single charge

What can you do if, say, you are travelling with little access to charging points? One option is employing battery-saving methods—turn down screen brightness, reduce screen timeout, turn off vibration, kill haptic feedback (that little vibration when keys are pressed), turn off unused radios (Wi-Fi, Bluetooth, GPS), reboot regularly, do away with app notifications. However, even after applying these techniques, you need a power bank, just in case.

Another option is, buy one of those ‘power-packed’ smartphones, now increasingly being made available by some ‘new-age’ companies such as Micromax, Intex, Lava, Xolo and Gionee.

The latest, and probably the most powerful, is Gionee Marathon M5 Plus, which comes with a 5020mAh battery. (Milliampere-hour— mAh—is a unit of electric charge. Higher mAh batteries in a device theoretically give you longer operating times.)

As the name suggests, the Marathon series was launched for such customers who are generally on-the-go. The M2 was the first phone, followed by the M3, the M4, the M5 and now the M5 Plus.

The battery life impresses. On a full charge, we used the M5 Plus extensively—about three hours for calling, three hours for watching videos, took over 300 photos, browsed the web on Wi-Fi for unlimited hours—and the phone lasted two full days. The company claims it has a talk-time of up to 21 hours and a standby time of up to 619 hours (25 days). The M5 Plus is designed to extract the maximum out of the battery, so there are various energy-saving modes such as Eco Mode, Power Saving Mode and Extreme Mode, just in case.

A big battery doesn’t necessarily mean a bulky device. The design of the M5 Plus is ergonomic, with an ultra-slim full-metal body and a centrally-placed camera. It gets the 2.5D full HD Amoled water drop display screen. The phone is equipped with 3 GB RAM featuring 64 GB internal storage, with optional 128 GB expandable storage.

It runs on Amigo 3.1 OS, which is very similar to Android, and its processor is Octa-Core 1.3GHz. There are some exciting features such as AmiClone—allowing you to switch data from your old

device in a matter of seconds. Some amount of multitasking is also possible; for example, you can watch a video while playing games. However, as is the case with certain Gionee phones, the M5 Plus too gets hot after playing some high-end games.

Camera specifications are not the best in business. A 13MP rear camera and a 5MP front camera are becoming the norm in this class of devices. But the good thing is the camera is centrally-placed and is feature-loaded. Video recording is full HD.

For Rs 26,999, the M5 Plus isn’t really inexpensive. It is essentially a beautifully-crafted powerhouse, which works just fine in day-to-day usage. Try scouting for discounts and some stores might offer you one.