Users took to Twitter, criticizing Facebook for the glitch and claimed that the ‘Memorial’ banner appeared on their profile automatically without notifying them and disappeared within minutes. 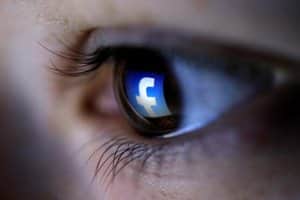 Facebook Inc CEO, Mark Zuckerberg's profile was also one among those affected by the glitch. (Reuters)

Following a glitch, adding ‘Memorial’ banner at the top of many of its user profiles, social networking giant Facebook found many of its active users complaining on Twitter that their profiles were incorrectly labeled as deceased, asking their friends and family members to ‘share to remember and celebrate’ the user’s profile.

Facebook Inc CEO, Mark Zuckerberg’s profile was also one among those affected by the glitch. Zuckerberg’s profile had a blue banner, displayed briefly, with a flower that read, “We hope the people who love [name] will find comfort in the things others share to remember and celebrate his life.”

FB talking to me like I’m already dead pic.twitter.com/D2YxdPJmRC

Facebook is so pervasive that it knows I died before I knew myself. pic.twitter.com/PHSFOT9REN

Though Facebook didn’t comment on the glitch immediately but the company spokesperson later confirmed that messages meant for memorialized profiles were mistakenly posted to other accounts. Asserting that the error was fixed the spokesperson apologized to the users claiming that the company had worked as quickly as possible to fix the problem.

seems about right, since this is our hell. pic.twitter.com/xCs2HifrpO

Meanwhile, users took to Twitter, criticizing Facebook for the glitch and claimed that the ‘Memorial’ banner appeared on their profile automatically without notifying them and disappeared within minutes.

in other news, Facebook’s algorithm thinks that i ****died**** based on the messages i’m getting #RIPme pic.twitter.com/IfoCDumNCi

The recent glitch at the social networking site came following many questioning the site’s content and news distribution, affecting the US Presidential Elections where Donald Trump was elected the President of the United States. However, Zuckerberg ridiculed the claims, stating that the idea of blaming Facebook for influencing the US elections is ‘crazy’.