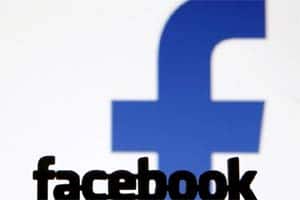 A day after Facebook closed its controversy ridden Free Basics programme here, India Head of the social media giant Kirthiga Reddy today said she is moving back to the US headquarters of the company. (Reuters)

“Our goal with Free Basics is to bring more people online with an open, non-exclusive and free platform. While disappointed with the outcome, we will continue our efforts to eliminate barriers and give the unconnected an easier path to the internet and the opportunities it brings,” Facebook spokesperson said in a statement.

The Telecom Regulatory Authority of India (Trai) has put a blanket ban under its ‘Prohibition of Discriminatory Tariffs for Data Services Regulations, 2016’ on charging different price based on the usage of internet leading to discrimination among content and services available online.

Though Trai has not mentioned net neutrality in its regulation but differential pricing of internet or data services is serious issue under net neutrality.

“No service provider shall offer or charge discriminatory tariffs for data services on the basis of content,” Trai Chairman R S Sharma said unveiling the details of the regulations, effective today.

However, plans which are in contravention to this regulation that are active in market will remain in existence for a period of six months from their activation.

Facebook launched aggressive campaign to defend its Free Basics platform and advocated that zero rating plans can lead to increase in Internet adoption at no cost to the government, the content provider or the consumers.

It was available in India only on Reliance Communications network but the same was put on hold after Trai’s order.

The regulation, however, has been appreciated by top leaders including Congress Vice President Rahul Gandhi.

“Welcome TRAI’s ruling in support of #NetNeutrality. Big win for internet users in India. Congratulations to all those who campaigned tirelessly & fought hard to ensure that our internet remains free & equal for all,” the office of Rahul Gandhi tweeted.

A debate on Net neutrality stirred across the country after Airtel decided to charge separately for Internet-based calls in December 2014 but withdrew it later after people protested. The debate heated up after Airtel launched free Internet platform Airtel Zero and later Facebook also launched its Internet.Org platform, renamed as Free Basics.

Rajya Sabha MP Rajiv Chandrasekar said, “I personally think that “this is a big win for Indian consumers & Net Neutrality”.

“Read about #TRAI finally coming out to back #NetNeutrality. Big win for all fighting for it. Glad TRAI took a stand supporting it. Of the many strong voices for #NetNeutrality @nixxin deserves a mention to keep the movement going to detailed papers and petitions,” Aaditya Thackeray, the son of Shiv Sena chief Uddhav Thackeray, said.

“Our submission highlighted the importance of net neutrality principles, non-discriminatory access and transparent business models aligned to the goal of enhancing internet penetration in the country.

The internet firms body IAMAI, whose members include include Google, Facebook, LinkedIn etc appreciated the regulation but with a ‘concern’.

The regulator has allowed differential pricing of data in case of emergency services.

Politicians on social media highlighted their efforts to fight in favour of net neutrality.

Former Minister of State for IT and Telecom Milind Deora cited an article written by him in November 2014 voicing for net neutrality.

“Amid the government’s deafening silence, glad #TRAI has endorsed the global #NetNeutrality yardstick of a democratic & open internet,” Deora said.

All India Trinamool Congress MP Derek O’Brien tweeted “From April 2015 have raised issue of #NetNeutrality inside & outside #Parliament.”