Google and Facebook have launched resources to help with the relief efforts in Chennai, which has been hit by floods. 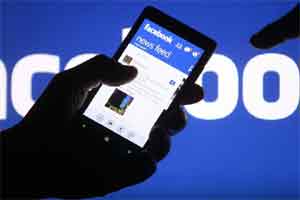 Facebook Inc said on Wednesday it partnered with Uber to allow Facebook users to request a ride from their messenger service, without the need to download a ride-hailing app or leave a conversation. (Reuters)

Google and Facebook have launched resources to help with the relief efforts in Chennai, which has been hit by floods.

Facebook has activated its Safety Check feature in Chennai that has witnessed the heaviest rainfall seen in a century.

Facebook, which has its second largest userbase in India, activated the feature to allow people mark themselves as “safe” from the floods.

Google has also posted a link on its homepage called ‘Resources for the Chennai floods’, which provides details about relief camps and updates people about the situation in the city.

Chennai residents have been tormented by the heavy downpour of the last three days with excessive discharge of water last night from Chembarambakkam lake on the outskirts, flooding new areas in the city.

People are using platforms like Facebook and Twitter to not just let people know they are safe but also to helping connect people get to safer locations.

#ChennaiFloods remained as one of the top trend hashtags in India on Twitter through the day.

A website, chennairains.org, has put out a list of places that are offering accommodation and food to people affected by rains.

Sistema Shyam TeleServices Ltd (SSTL) today said it will provide 1GB of free data upload with three days of validity to its prepaid and postpaid customers in Tamil Nadu circle.