The 2021 model was bumped up to an Apple A13 Bionic chipset from the A12 but remains a couple of generations behind the current iPhone lineup. 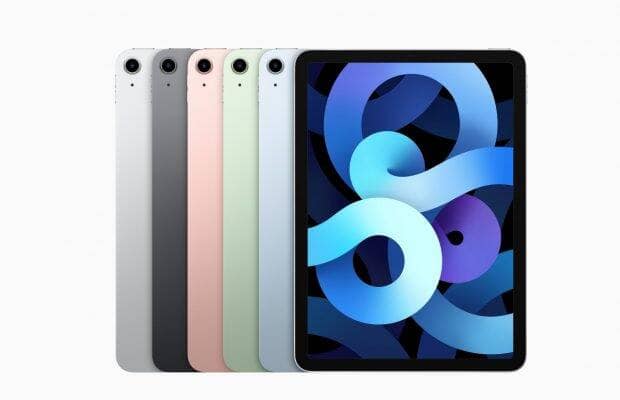 The current iPad Air is from last year, running the A14 chipset.

Apple will release a new basic iPad model in 2022 with minor upgrades, like its predecessors, according to a new report. The Cupertino-based tech giant has released a basic iPad every year since the 5th generation in 2017, going up to this year’s 9th generation.

The 2021 model was bumped up to an Apple A13 Bionic chipset from the A12 but remains a couple of generations behind the current iPhone lineup. According to Bloomberg’s Mark Gurman, the basic iPad is in line for another bump next year. This year, it was rumoured that the basic iPad would have an iPad Air-like design, but that didn’t happen.

Apple was also said to be developing the next iPad Air version with an OLED display but suspended it midway. As a result, it is likely that the new model will stick to the LCD for another generation.

The current iPad Air is from last year, running the A14 chipset. The new Mini received the A15, with an ultra-wide selfie camera for its Centre Stage feature. Gurman expects the new Air to be on par with the Mini with an upgraded chipset and camera.

The chipset is likely to be the Apple A15 or A16, with the M-series being reserved for iPad Pros and Macs. The choice between the A15 and A16 will come down to availability — Apple had to cut iPad production as the new Mini was competing for chips with the iPhone 13 lineup. If there is a supply crunch for the A16 chip, there is a good chance that Apple will release the iPad Air with this year’s chip.

The new Pros, however, are likely to get OLED — there have already been rumours of double-stacked panels with extra-high brightness for MacBook Pros and the iPad. While Gurman didn’t write anything in his column about OLEDs, he did mention that Apple was exploring wireless charging support for the next generation iPad Pros that would allow the device to be charged off stands and keyboard docks.

More Stories on
Apple IncApple iPhone
Next Story
Samsung Galaxy A03 Core budget phone launched in India; will take on JioPhone Next at a price of Rs 7,999