After iBall, Micromax & Yu fall in line on royalty to Ericsson

Swedish telecommunications equipment maker Ericsson has made a successful breakthrough in its patent-related cases with handset majors, both domestic and global. 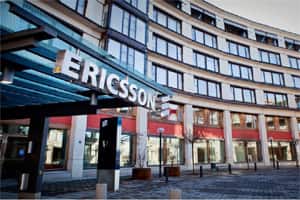 Swedish telecommunications equipment maker Ericsson has made a successful breakthrough in its patent-related cases with handset majors, both domestic and global. While the company has finally signed a patent agreement with domestic handset manufacturer iBall and US-based Apple, it scored a major victory in its fight with another domestic handset maker, Micromax.

Though the case with Micromax is yet to be settled fully, last week the promoters of the company, against whom the court had earlier issued bailable warrants for flouting its order, apologised and agreed to pay the royalty to Ericsson even on sale of handsets through its subsidiary firm, Yu Televentures.

Last November, over a patent row between Ericsson and Micromax, the Delhi High Court had ordered the latter to pay royalty to the former that amounts up to 1% of the selling price of its devices, for using its patents on technologies that are essential to manufacture the products.

However, recently Ericsson had approached the court that Micromax was not paying by selling the handsets through a separate company floated by it, and arguing that the order pertained to Micromax and not the entity through which the devices were being sold. This contention of Micromax was rejected by the court, while issuing the bailable warrants.

Lawyers for Ericsson had stated in court on December 2 that Micromax was trying to defeat the court orders through the new venture and the new firm is just a tool to violate patents. Micromax had opposed the allegations, saying YU Televentures is a separate legal entity and was not bound to pay royalty.

However, now Micromax will have to pay royalty on sale of phones through YU Televentures also. Micromax co-founder Vikas Jain told FE that the company had agreed to pay in protest, which means it would pay pending the final judgment on the dispute is delivered by the court. The Delhi High Court will resume hearing on the case on January 11.

But companies such as Micromax are questioning the way the royalty payment pacts are structured — asking for a share of the total price of the phone while the technology contributes only to a part of the equipment and not in full. Still, Ericsson will get royalty, only the definition would be given by the court on how much it would get on what price and contribution.