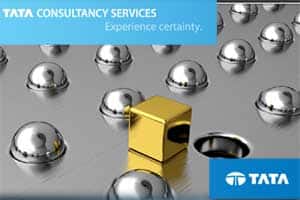 TCS results come in the wake of Wisconsin federal jury last week slapping a $940 million penalty on the company, including $700 million in punitive damages for allegedly stealing healthcare software from an American company, Epic Systems.

The IT major, however, clarified that the 11,000 employees of its recently merged subsidiary CMC will not be eligible for the payout.

“The bonus does not cover some of the subsidiaries and it is primarily for TCS staff. CMC employees will not be within this,” TCS global HR head Ajoy Mukherjee told PTI in an interaction.

He also denied that the rising attrition levels, which he described as “high”, had anything to do with announcing the bonus.

“The bonus payout should have a benefit (on reducing attrition), but that is not the intent why we did it,” Mukherjee said, adding, the primary aim is to celebrate value creation.

TCS, which employees the largest workforce in the sector and had 3.19 lakh employees as of March-end, has been facing high attrition of late, which touched 14.9 per cent in the March quarter.

Last October, TCS had merged CMC with itself, which it had bought in the early 2000 from the government through a disinvestment, wherein CMC shareholders will get 79 TCS shares of Re 1 face value for every 100 equity shares of Rs 10 each of CMC.

Mukherjee said the payment for employees within the country will be at a gross level, including the basic pay and statutory payments, while for those outside the country, it is a separate one which would also include their bonuses.

The Tata Group company, which contributes over 60 per cent to the group’s net income, announced the hefty bonus of Rs 2,628 crore to celebrate 10 years of listing, during which its market capitalisation has grown more than ten times to over Rs 5 trillion – the only company to attain such a feat.

TCS is also the second most valuable IT company after IBM, which has close to USD 200 billion in market value.

However, the announcement comes when the attrition levels have reached the highest in recent times at 14.9 per cent.

Mukherjee attributed the spike in attrition, which is at the highest since FY12, to opportunities available to employees outside the company as things start looking up for IT companies.

Stating that most of the attrition is coming in from those employees who have three-six years experience, Mukherjee also hinted at an attitudinal changes among the youth which is driving them out of the company.

“The younger generation does not want to wait for too long, they want immediate opportunities… when I was that age, I was very conservative in looking for opportunities outside. But today, given the opportunities that are available and the mindset people have, they are willing to look for change,” he said.

The company will be tackling the issue on multiple fronts, including fastening the pace of giving challenging jobs and training, as well as non-work engagements to its employees.

“They should be able to see that their own CV or competence is growing. That is the way the motivational levels will be higher,” Mukherjee said.

Even though the company is facing pressures on the margin front due to rupee volatility, Mukherjee affirmed that investments towards employees will not suffer.

He said the company is “comfortable” with the utilisation rate, which has increased by 5 percentage points if they include trainees to over 85 per cent, and hinted that the scope to increase it up further has narrowed.