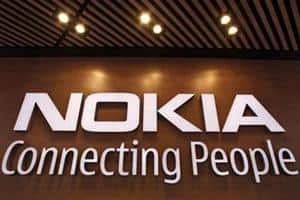 HMD and Nokia Technologies have signed the pact with FIH to establish a collaboration framework to support the building of a global business for Nokia-branded mobile phones and tablets. (Reuters)
The ongoing Rs 10,000-crore tax dispute between the Indian government and Nokia will not have any bearing on sales of Nokia brand phones through new entity HMD Global, Indian Cellular Association National President Pankaj Mohindroo today said.

“Tax demand is an independent issue which the government of India and Nokia are trying to resolve amicably. It will not have any impact on sales of Nokia phones in India. A separate entity HMD Global has plans to sell Nokia brand phones,” Mohindroo told PTI.

The income tax department has tentatively raised a Rs 10,000-crore demand from Nokia, which the company has contested.

In the latest development, US technology major Microsoft, the owner of Nokia’s mobile device business, has agreed to sell the latter’s branding rights to Finnish firm HMD Global and contract manufacturer Foxconn for $ 350 million.

Microsoft, which kept Nokia brand to only feature phones while selling smartphones under Lumia, acquired Nokia device business for $ 7.2 billion and the deal was closed in April 2014.

HMD intends to invest over $ 500 million over the next three years to support the global marketing of Nokia-branded mobile phones and tablets, funded via its investors and profits from the acquired feature phone business.

In a separate agreement, Nokia Technologies will grant HMD Global Oy (HMD), a newly-founded company based in Finland, the exclusive global licence to create Nokia-branded mobile phones and tablets for the next 10 years.

Under the pact, Nokia Technologies will receive royalty payments from HMD for sales of Nokia-branded mobile products, covering both the brand and the intellectual property rights.

As part of the deal between Microsoft and FIH Mobile, the latter will acquire Microsoft Mobile Vietnam, the company’s Hanoi manufacturing facility. Foxconn has been a vendor for Nokia and also produced Nokia N1 tablets in a licensing agreement with Nokia Technologies.

“Nokia is very strong brand in feature phone segment. Foxconn is already making Nokia feature phones in India. With the kind of capacity they have in India and Vietnam, Nokia phones exports can also be started from here. Foxconn’s lots of capacity in India are unutilised,” Mohindroo said.

HMD and Nokia Technologies have signed the pact with FIH to establish a collaboration framework to support the building of a global business for Nokia-branded mobile phones and tablets.

“With this deal, I also don’t see any impact on Microsoft’s mobile phone business. It is there strategy to sell Windows based phones which they are continuing to do so through Lumia smartphones,” Mohindroo said.

Post closure of this deal between Microsoft, FIH and HMD, some 4,500 employees will move to or have the opportunity to join FIH Mobile or HMD Global Oy subject to compliance with local laws.

Microsoft will continue to develop Windows 10 Mobile and support Lumia phones such as Lumia 650, Lumia 950 and Lumia 950 XL, and phones from OEM partners like Acer, Alcatel, HP, Trinity and VAIO.