A bench of Justices DY Chandrachud and Bela Trivedi, which was hearing contempt petitions of home buyers, seeking refund with an interest of the amount paid to buy their flats directed the Supertech to pay the amount by February 28. 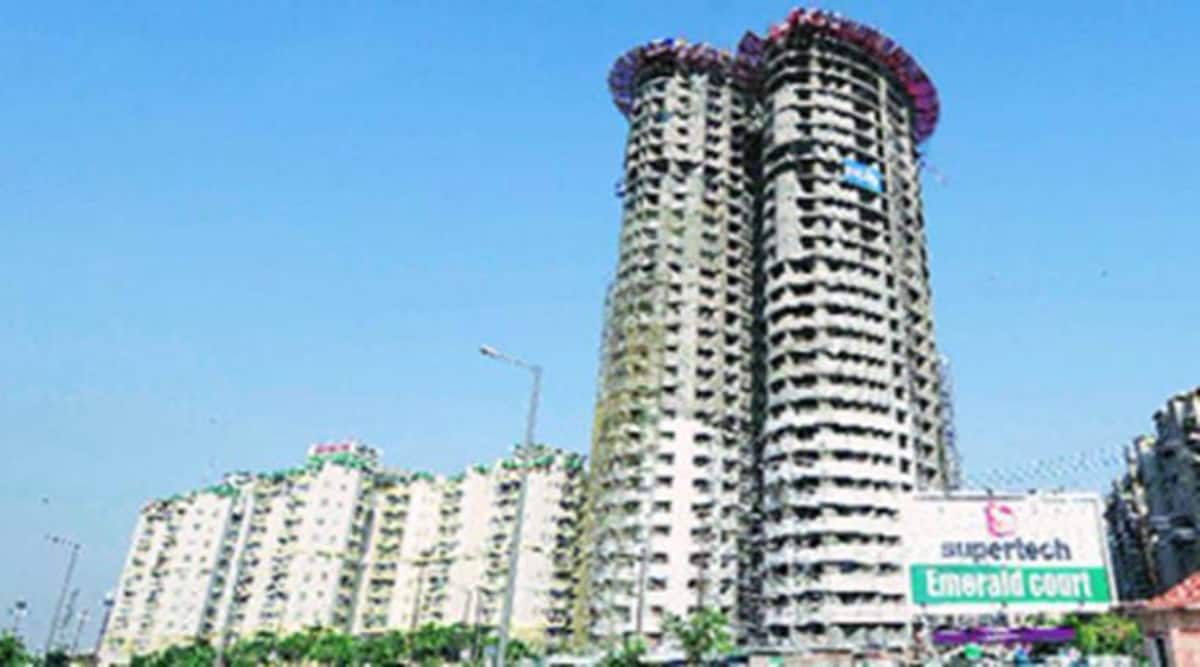 The top court had on August 31, last year ordered the demolition of Supertech’s twin 40-storey towers

Realty major Supertech Ltd, directed to refund homebuyers money in the now to be razed 40-storey twin-towers, on Friday sought direction from the Supreme Court to Noida to decide on repaying its Rs 25 crore that was paid for purchasing additional land on lease for constructing these structures. The apex court, however, termed as ‘entrepreneurial if not ambitious’ the plea of the developer.

A bench of Justices DY Chandrachud and Bela Trivedi, which was hearing contempt petitions of home buyers, seeking refund with an interest of the amount paid to buy their flats directed the Supertech to pay the amount by February 28. During the hearing, senior advocate S Ganesh, appearing for Supertech Ltd, submitted that the realty firm needs court’s indulgence on the point that for construction of these twin-towers, which are now going to be demolished, the company had purchased additional FAR (Floor Area Ratio) from NOIDA authority.

FAR is the ratio of a building’s total floor area to the size of the piece of land upon which it is built. Ganesh said, “We had purchased additional FAR from NOIDA authority to construct these towers and paid them Rs 25 crore amount for this. Now, the towers are to be pulled down and there will be no usage of FAR at all. Therefore, we have submitted an application to the NOIDA authority requesting them to refund the amount”. He said that there is no usage of FAR because the court had ordered the demolition of those two towers.

“Problem is now they (NOIDA) are sitting on my application. There is no response to it at all. My humble request to the court is that NOIDA be directed to take the decision on my application”, Ganesh said. The bench said, “We will say this is entrepreneurial if not ambitious”. Ganesh submitted, “I am only requesting that you look at my application and take a decision that is not a very extravagant request to make”.

The bench reminded Ganesh that it is hearing someone’s contempt petition and lightly said that Supertech needs direction to NOIDA, which was all along with it. The top court had on August 31, last year ordered the demolition of the firm’s twin 40-storey towers, which were under construction, within three months for violation of building norms in “collusion” with NOIDA officials, holding that illegal construction has to be dealt with strictly to ensure compliance with the rule of law.

The Noida authority had received a rap on its knuckles as the top court pointed out multiple incidents of collusion of its officials with the Supertech Ltd in the Emerald Court project and violations of norms by the realty major in the construction of the twin towers. The top court had directed that the entire amount of home buyers be refunded with 12 percent interest from the time of the booking and the RWA of Emerald Court project be paid Rs 2 crore for the harassment caused due to the construction of the twin towers, which would have blocked sunlight and fresh air to the existing residents of the housing project.