Stepping aside from a formal role, founder and patriarch of the group R Thyagarajan will now mentor the board of management, with the new leadership in place. 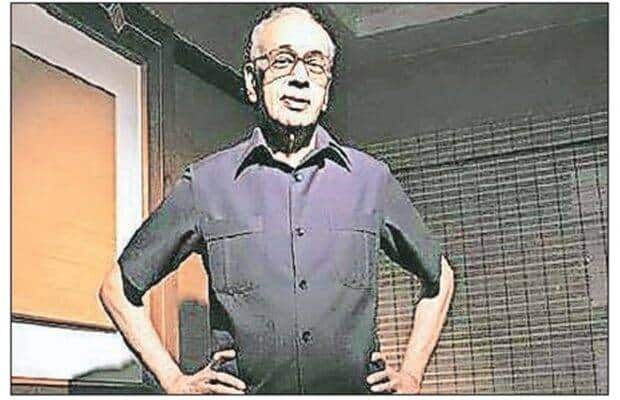 Founder and patriarch of the group R Thyagarajan will now mentor the board of management.

Putting in place a succession plan, the Chennai-headquartered Shriram Group, the financial services behemoth that spans retail lending, truck finance, housing finance, life Insurance, general insurance and wealth management businesses, on Tuesday announced the formation of a board of management to drive the long-term vision and strategy for the group.

Stepping aside from a formal role, founder and patriarch of the group R Thyagarajan will now mentor the board of management, with the new leadership in place. The promotership of the Shriram Group has already been transferred to the Shriram Ownership Trust (SOT) which holds stake in Shriram Capital which, in turn, is the holding company for other group businesses.

During the last few years, there have been apprehensions about the succession plan of the Shriram Group, especially after the Piramal Group exited in 2019. Explaining the transition, Thyagarajan said, “The growth of Shriram Group should be attributed to the strong leadership team, which has evolved over a period of time. The group started its foray in a small way through the chit fund operations and has steadily expanded its activities across the financial services and insurance spectrum. The leadership team, comprising senior executives across the group’s various entities has been instrumental in developing the enterprises to their current growth and profitability level.”

He said that during the last few years, there have been apprehensions about the succession planning of the Shriram Group. “Though I have indicated that succession has been transitioned to SOT at various forums, there is an expectation of more insight on this transition. Internally, we have been clear that the promoters stake in the Shriram Group, will be owned by its current and future leaders who will be the best custodians of Shriram’s future growth. The SOT was formed in 2006 with this objective.”

The board of management will be responsible for defining the long-term strategy of the individual entities and the group and overseeing its execution. The board members will manage essential areas that impact the group across entities and are not necessarily aligned to one particular entity. They will collaborate among themselves in a manner that will derive the optimum benefit to the group.

“In my various interactions, I have reiterated that one individual cannot manage a large group like ours. It requires a set of individuals with varied skills who can collaborate to drive the group’s vision and strategy. In line with my conviction, a leadership team that will oversee the SOT’s interest, as the promoter of the Shriram Group, has been constituted, ” Thyagarajan said.

Over the years, the Shriram Group has kept the ‘common man’ at the centre of all their business decisions. It has consistently excelled in serving the under-served and focused on delivering prosperity to the bottom of the pyramid, whose needs have hitherto not been fully addressed by the organised financial sector players. Through its lending businesses, the group ensures that more than 95% of loans extended are channelised towards meeting the financial needs of this segment in the country. Shriram Transport Finance Company specialises in extending credit to commercial vehicle drivers, who wish to own a vehicle. Likewise, at Shriram City Union Finance, most of the two-wheelers financed are to support the livelihood of the self-employed segment. The MSME business at Shriram City has been aptly termed as ‘small business finance’, in line with the company’s ethos of serving the common man.