Jindal sought policy support not just to stimulate domestic demand, but also to create a level playing field and, in turn to attract further investments in the sector. 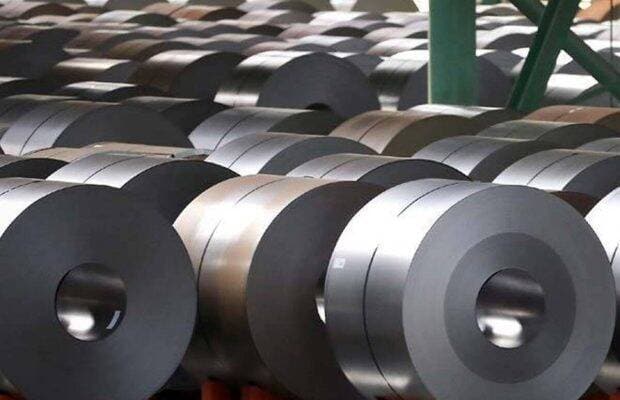 "Curtailing carbon emissions will require major upgrades at the steel mills and the initiative will have to be taken at the industry as well as policy level, Jindal said at The Bengal Chamber organised mineral e-conclave.

With the deployment of the best available technologies, low-carbon steelmaking would become competitive with respect to conventional method but the transition period may involve high initial capital costs, as well as Opex costs, he said advocating a well-designed government policy for ensuring that the industry is not discouraged from making this transition.

At the recent COP26 Summit, Prime Minister Narendra Modi pledged that India would achieve zero emissions rate by 2070, and the steel industry has a crucial role to play in achieving this target, Jindal said.

“Curtailing carbon emissions will require major upgrades at the steel mills and the initiative will have to be taken at the industry as well as policy level, Jindal said at The Bengal Chamber organised mineral e-conclave.

For this, an “entirely new, transformative approach” is required, which includes three factors, he said. They are using carbon capture, utilisation and storage with the existing fossil fuel-based iron making; substituting hydrogen for carbon as a reductant; and using renewable electrical energy. “Viable green steel production could be more than a decade away even though several of the world’s major steelmakers including us at JSW are actively developing plans to adopt the process to meet carbon-neutral goals,” Jindal said.

In this context, switching to clean hydrogen seems to be the most likely immediate solution to get to net zero, he said.
“While the prices of renewable electricity and green hydrogen are falling fast, the capital costs of setting up new plants and shuttering old ones, I foresee will be a major barrier to change,” he said.

Jindal sought policy support not just to stimulate domestic demand, but also to create a level playing field and, in turn to attract further investments in the sector.

He said the industry also seeks raw material security, especially that of coking coal, and reducing dependence on imports from a few sources such as Australia, US and Canada.

“The government has set a target to increase the share of manufacturing sector in the national GDP to 25 per cent by 2025 and to achieve 300 MTPA steel production by 2030. This entails that multi-fold growth in steel production will be needed. While this sounds ambitious, this is not unattainable,” Jindal said.
Meanwhile, JSW group Joint MD and CFO Seshagiri Rao demanded access to long term low-cost capital, apart from land, to help the industry ramp up capacity building.

“Banks are reluctant to finance due to past experience. Access to global finances is difficult, especially for greenfield projects. The government has set up a Development Finance Institution but they don’t lend to steel. “Steel requires long term competitive financing to stay competitive. DFI can offer credit enhancement in the initial period which takes 4-5 years,” Rao said at the same programme.

He called for support from the government and all stakeholders in making land available for the steel sector.

Rao also said steel should be included in the Remission of Duties and Taxes on Exported Products (RoDTEP) incentive scheme to make exports competitive.

Next Story
Property market: 2022 to be a more stable year, says report