Yahoo Inc’s plans to turn around its struggling core business are set to dominate its earnings report on Tuesday, with investors keen to see if CEO Marissa Mayer will push ahead with a proposed spin-off or entertain calls for a complete sale. 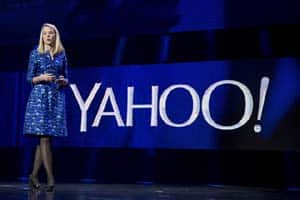 The internet pioneer, not yet a teenager, had just finished the prior year with $1.9 billion in profits on $5.3 billion in revenue.(AP)

Yahoo Inc’s plans to turn around its struggling core business are set to dominate its earnings report on Tuesday, with investors keen to see if CEO Marissa Mayer will push ahead with a proposed spin-off or entertain calls for a complete sale.

The spin-off of its main business which includes its search engine and digital advertising units was flagged by Mayer in December after Yahoo abandoned efforts to sell its stake in Alibaba Group Holding Ltd, but the company has provided few details.

On Monday the Wall Street Journal reported Yahoo planned layoffs of about 15 percent of its 11,000-strong workforce and would close unspecified units. A Yahoo spokeswoman declined to comment on the report, citing the quiet period ahead of earnings.

Investors are also expected to zero in on any comments from Mayer on her plans to increase the company’s advertising sales and improve its efforts on mobile platforms, where more users are spending their online time.

Some activist investors are pushing Yahoo to ditch the spin-off and instead sell the core business. Verizon Communications Inc has expressed interest in the core, and analysts say other potential buyers include media and private equity firms.

A note published by SunTrust Robinson Humphrey last week valued the core business at between $6 billion and $8 billion.

A Reuters story earlier this year reported that investors are prepared to take a tax hit on a quick sale of the core business instead of waiting for a spin-off that could take more than a year.

For the fourth quarter, analysts expect Yahoo to report revenue of $1.18 billion and earnings per share of 12.5 cents, according to Thomson Reuters I/B/E/S. Last quarter’s revenues and EPS both missed analysts’ estimates.

Yahoo has struggled to expand its Internet business, which includes selling search and display ads on its news and sports sites and email service, in the face of competition from Alphabet Inc’s Google unit and Facebook Inc.

Yahoo’s revenue has fallen slightly since Mayer took the helm in mid-2012, and its share of U.S. web searches is essentially flat with three years ago, gaining no ground on market leader Google.