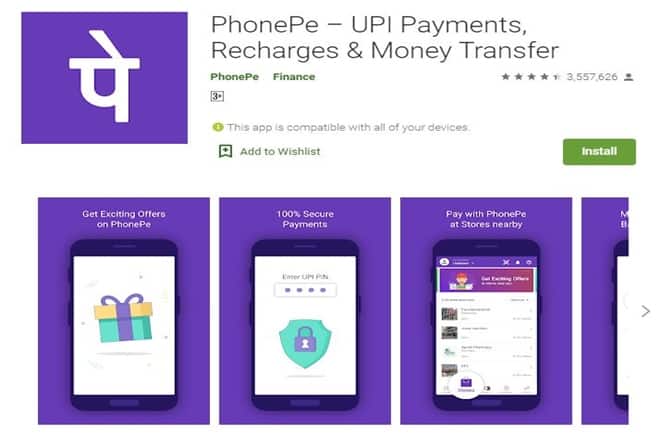 Flipkart’s payment business in India — PhonePe, valued at $7 billion as per a recent Morgan Stanley report, has reported a 401 per cent increase in its net income against 141 per cent rise in its net loss for the financial year 2019. PhonePe, which was acquired by Flipkart in 2016, competes with SoftBank-backed Paytm, Google Pay, MobiKwik, in the hyper-competitive digital payments market, and would soon have WhatsApp Pay added to the list.

Also Read
Budget 2023-24 will give boost to fund-starved sectors: MSME secretary
CityGreens: Ploughing a special furrow
Amazon wants to send your order even before you place it; Jeff Bezos’ firm working on this tech
CoffeeMug: AI-powered networking platform helping professionals meet the ones that matter

Importantly, the company spent Rs 2153 crore in FY19 in total expenses up from Rs 840 crore (to earn a total income of Rs 245 crore) even as it spent nearly Rs 1297 crore in ads and promotions that increased from Rs 602 crore. PhonePe’s operating and admin expenses increased to Rs 2129 crore from Rs 831 crore while depreciation and amortisation amount also increased from Rs 2.8 crore to Rs 23.7 crore. Finance cost went down to Rs 20.1 lakh from Rs 5.6 crore.

In contrast, One97 Communications that runs Paytm saw its losses increase to Rs 4,217 crore for FY19 on a consolidated basis, according to its annual report. Its total revenue was Rs 3,579 crore on the back of Rs 7,730 crore in expenses (which almost doubled from Rs 4,864 crore in FY18) for the financial year. Google Pay, on the other hand, increased its operational revenue by 92 per cent to Rs 3.76 crore for FY19 while profits grew by 75.14 per cent to Rs 32.77 lakh, according to the company’s RoC filings sourced by the Financial Express from business signals platform Tofler.

In September, Google Pay had claimed 67 million monthly active users (MAU) in India as of while transactions crossed $110 billion on an annualised basis during the year in comparison to 55 million MAUs of PhonePe as of June 2019. The overall value of mobile wallet payments stood at Rs 1.84 lakh crore for FY19, as per the RBI data.