The Asian Development Bank estimated the trade finance gap to be $1.5 trillion globally in 2017, most of which is amongst small business exporters in emerging markets. 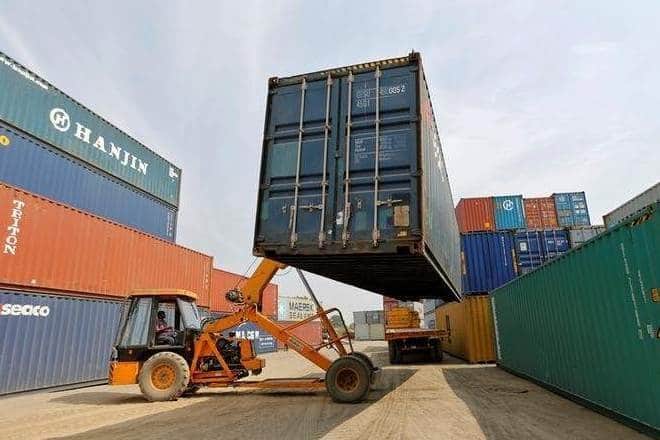 Economic Survey 2019: The high level panel group, chaired by Surjit Bhalla, has recommended a host of measures and a road map for doubling India's exports of goods and services to over USD 1,000 billion by 2025.

The Asian Development Bank estimated the trade finance gap to be $1.5 trillion globally in 2017, most of which is amongst small business exporters in emerging markets. This has a lack of access to working capital among SME exporters as the key reason. Drip Capital, a US and India based trade finance firm that helps SMEs with collateral-free post-shipment finance is focusing on small exporters to help them tide over their working capital problems. Drip Capital founded by Pushkar Mukewar and Neil Kothari, which financed the first invoice in India in 2016, has 120-member team with strategic tie-ups with multiple export promotion organizations such as Federation of Indian Export Organizations, Engineering Export Promotion Council etc.

The company offers a credit line to SME exporters in the range of $100k and $2.5 million based on the exporter’s size and requirement. The company uses electronic data and an automated risk assessment platform to deploy capital within 48-72 hours. Drip also raised $25 million in Series B funding led by Accel with participation from existing investors Sequoia India, Wing VC, and Y Combinator along with news ones including GC1 Ventures and institutional investor platform Trusted Insight. So far it has raised over $45 million of equity and $55 million of debt.

Trade finance has been an age-old paper-based industry dominated by banks that largely catered to large businesses while SMEs stood neglected even as they held 50 per cent of merchandise exports from India, said Pushkar Mukewar, Co-founder and Co-CEO, Drip Capital. The company is “rebuilding the core parts of international trade finance infrastructure from the ground up,” it said through electronic data and technology to underwrite cross-border B2B transactions.

The automated system allows Drip to “finance a shipment with the click of a button,” while it integrates with various electronic data sources and has built proprietary algorithms “to underwrite the risk of every shipment,” said Neil Kothari, Co-Founder and Co-CEO, Drip Capital. The company has already funded over $500 million of trade across more than 400 exporters and is looking to fund $1 billion trade by SME exporters by FY20 with expansion to the United Arab Emirates and Mexico in 2019.