New-age companies now offer end-to-end help to patients visiting India from other countries for treatment and surgeries. Such firms either earn on a per patient basis or via an exclusive agreement. 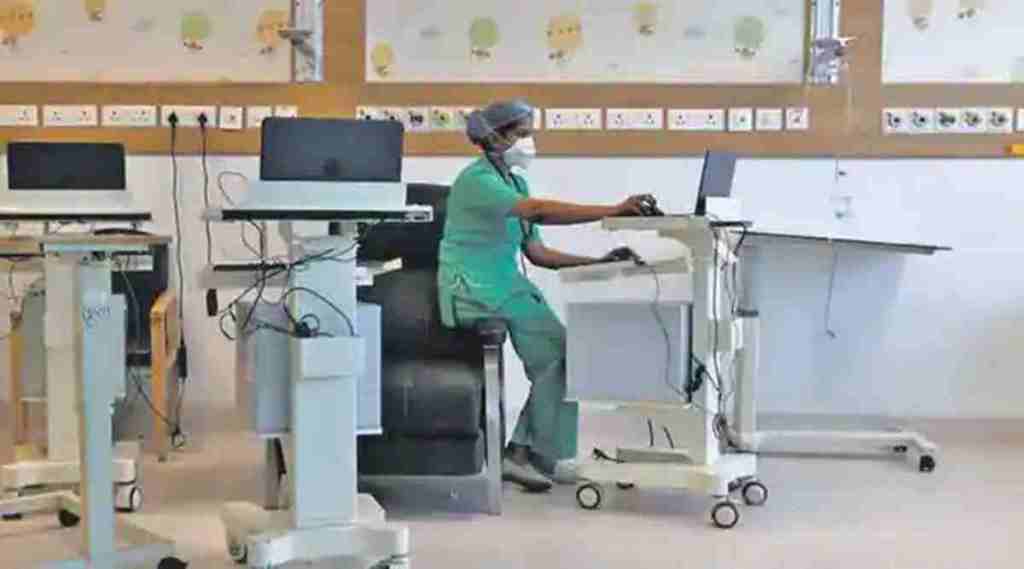 The medical tourism space seems to be garnering increased interest from several startup founders. New-age companies now offer end-to-end help to patients visiting India from other countries for treatment and surgeries. Such firms either earn on a per patient basis or via an exclusive agreement.

Under the exclusive model, startups like Meditourz enter into an agreement with hospitals to bring patients from a particular country and that region is reserved only for them. In the case of a per patient revenue model, startups like Healthtrip earn a commission from the hospitals on every patient they bring in – more the number, higher the earnings.

Danish Ahmed, co-founder at Healthtrip, which operates on a per patient model, said his company was clocking an annual recurring revenue (ARR) of about $6 million in 2019 and is on track to close financial year 2023 at an ARR of roughly $20 million. That number would more than double to reach roughly $50 million in FY24, he said, underscoring the potential in the industry. “We are currently bringing about 3,000 patients per month and looking to scale that up to 9,000 every month as we close this fiscal. Last year, we were serving just about 300 patients, but that number was also low because of the restrictions the pandemic brought about. There is great demand for Indian medical services from across the world,” Ahmed said.

Healthtrip, formerly known as Hospals, raised about $3.5 million from 9Unicorns and CRED’s Kunal Shah, among others, in January 2022, Tracxn data showed. The company is already working on its Series A round to raise about $5 million to fund its growth plans, Ahmed said.

Companies, which operate the per patient model, said their take rate or commissions fell anywhere between 20% and 25%, depending on the treatment and services availed, founders said. Under the exclusive agreement model, the commissions were higher — at about 40%. Aashnee Gajaria, co-founder of Meditourz, said, “We spend anywhere between $1,000 to acquire a customer and earn about $1,400 on an average per patient. The average ticket size stood at about $7,000 for the space we deal in – the regenerative treatment.”

However, the high customer acquisition cost (CAC) hasn’t proved to be a deterrent mainly because of the potential return on investments (ROI) the business generates, several founders explained. They said that the CACs remain broadly similar irrespective of the revenue model. Interestingly, the medical tourism firms don’t charge patients. Hospitals pay commissions to these startups and companies as they bring along a huge inflow of patients which wouldn’t have otherwise been the case.

Healthtrip, Meditourz, PlanMyMedicalTrip, MedMonks, TreatGo, PSTakeCare, Oxa Health, Vaidam and Lyfboat are a few players in the space, as per Tracxn data. In India, there are only about 59 active startups in the industry currently.

Globally, 178 new-age companies dabble in this space.Between 2017 and 2020, patients from Bangladesh have remained the top visitors to India — making up for 54.3% of the total inflow. Iraq, Afghanistan and Maldives followed next with 9.1%, 8.9% and 6.1%, respectively, according to the latest available government data. Citizens of Oman, Kenya, Myanmar and Sri Lanka were other participants, among many more.

Founders and companies said Indian medical services seemed lucrative for two broad reasons: either the treatment patients require isn’t available in their home countries or India proves to be significantly cheaper in terms of overall costs.

A heart surgery would roughly cost about $5,000 in India, $18,500 in Thailand and north of $100,000 in the US, all-inclusive, Ahmed at Healthtrip explained. The quality of operations do not take a hit despite the reduced costs, he added.

Thailand, Mexico, the US, Singapore, India, Brazil, Turkey, and Taiwan are the top destinations in terms of the number of patients for medical value travel, according to Indian government data.

As of 2020, the market worldwide was worth $10 billion and is forecast to grow at a compound annual growth rate (CAGR) of 12.1% to hit the $37-billion mark in five years from now, data from Global Market Intelligence (GMI), showed.

The lack of government support until 2020, poor hygiene practices at Indian hospitals, the long process of trust building with patients, competition from hospitals and general tourism companies and the language gap were a few entry barriers according to several founders that FE spoke with.