Startup investors would be looking to re-work the fundamental business model of growing a startup — to prioritise fast growth above everything else — in the coming year. 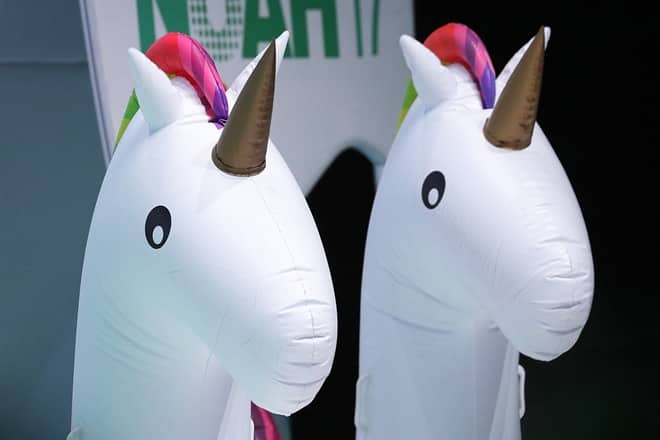 Inflatable unicorns stand on display at the Noah technology conference in Berlin, Germany, on Thursday, June 22, 2017. The conference, one of the tech industry's premier events, was launched in 2009 and runs June 8-9. Photographer: Krisztian Bocsi/Bloomberg

Startup investors would be looking to re-work the fundamental business model of growing a startup — to prioritise fast growth above everything else — in the coming year. Investors globally, since over a decade, have been betting passionate entrepreneurs with ‘disruptive’ ideas by investing the unbridled amount of venture capital to chase growth instead of unit economics at any cost. However, this is most likely to change to prioritising profitability and long term sustainability.

In 2020, investors would be investing in startups with “pragmatic business plans and clearer paths to profitability,” to grow into unicorns, research firm Forrester said in its year 2020 Predictions Guide understanding how next year will unfold.

“Earlier the primary driver for VC firms to look for prospects was that which one is likely to grow and reach $1-billion valuation. But now as they become more mature about investments, they are increasingly going to look for profits rather than just growth number. Startups showcasing profitability path will be getting much more respect,” Ashutosh Sharma, Vice President and Research Director, Forrester told Financial Express Online.

This is seemed to be driven by the disappointing high-profile tech IPO of companies including Uber, Slack while Airbnb and Postmates delayed going public. WeWork postponing IPO was the most controversial development where the company saw its valuation plummeting from $47 billion to $7 billion along with the ouster of its CEO Adam Neumann and SoftBank’s bailout package of $9.5 billion to stave off WeWork from bankruptcy.

However, VCs are learning from the “tumultuous 2019 marked by high-profile scandals and disappointing IPOs,” the report said, and hence, are growing weary of razzle-dazzle and disruptor lingo of the startup ecosystem. “VCs made money in a way where one investor made money at the expense of the next one who is buying into the company. This had to stop at some point and IPO is that point,” added Sharma.

“The enterprise-centric businesses would be much more valuable because otherwise, it becomes very difficult for them to scale unless they have true value proposition unlike the customer-facing business like the Ubers and Airbnbs of the world,” he said.

Indian startup ecosystem despite the third-largest is still in its infancy and is yet to fully enter the maturity stage, unlike the US where startups have been thriving for decades seeing multiple cycles of boom and bust in startup valuations and investments. Indian startups still have a long way to go for blockbuster IPOs at valuations that the US or Chinese startups attract. Nonetheless, the focus on profitability will hold true for Indian VCs as well before picking up their billion-dollar bets.