With Facebook investment and the agreement with WhatsApp, the grocery business is likely to be driven aggressively by Reliance to take on BigBasket, Grofers, Amazon, Flipkart and more. 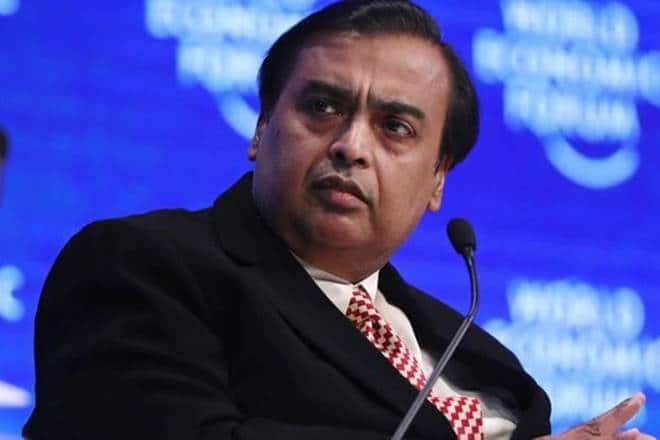 Reliance Industries 10 per cent stake sale worth $5.7 billion in its digital business Jio Platforms to Mark Zuckerberg’s Facebook has taken Mukesh Ambani one step closer to become the digital grocery king. The agreement announced on Wednesday between Reliance Retail, Jio Platforms and WhatsApp to enable customers to buy groceries on JioMart using WhatsApp will bring 388 million Jio users and over 2 billion WhatsApp users in India on a single platform. With 621 Reliance Fresh and Reliance Smart stores selling fruits, vegetables, and groceries along with 52 wholesale cash and carry stores under Reliance Market that serves more than 15 million kirana stores in India, Reliance is now likely to shake-up the digital grocery play by leveraging the vast WhatsApp network.

“For both of them, this is the way to do e-commerce. Facebook wants to do e-commerce but they don’t put men on the ground. Reliance doesn’t have the right technology and platform ready as of now. If the deal works, it will be a model for Facebook to scale globally,” Satish Meena, Senior Forecast Analyst, Forrester Research told Financial Express Online. Reliance in a statement on Wednesday asserted focus on kirana stores to help them go digital. “The companies will work closely to ensure that consumers are able to access the nearest kiranas who can provide products and services to their homes by transacting seamlessly with JioMart using WhatsApp.”

Moreover, the timing of this deal more than anything else is significant for India when the entire world is reeling under the Covid-19 impact and the global slowdown that preceded it. “To say that somebody like Facebook is investing such a huge amount of money in India gives a very positive signal to investors globally during current times, especially when we want to attract some business away from China,” Arvind Singhal, Chairman and Managing Director, Technopak told Financial Express Online. Reliance’s strategy for its telecom service, unlike other telecom players, has been to build an ecosystem around it, be it entertainment, education or integrating their retail business. Now, the expansion to the online grocery segment through this ecosystem-strategy, however, might also trigger relatively smaller players to join forces.

India’s online food and grocery retail market, which is just 0.2 per cent of the overall market, is likely to expand to 1.2 per cent or $10.5 billion by 2023, as per consultancy firm RedSeer’s report in October last year. The market-led by BigBasket and Grofers followed by Amazon Pantry, Flipkart Supermart, Swiggy, and Dunzo before the Covid-19 pandemic struck has seen others including Zomato, Meesho, Snapdeal, Perpule, NoBroker, and more from diverse sectors piggybacking grocery spurt during the current pandemic to survive.

“One thing is clear that there will be consolidation in online grocery (segment). Smaller players will certainly be acquired and there is a high chance that the likes of Grofers and Bigbasket might also look for acquisition as it is a long term game while in the current scenario funding is problematic and not much money will be available,” said Meena. “Also Grofers and BigBasket are still loss-making companies. With Reliance in picture and investors being conservative about investing, they also have to look at ways how to survive for next few years before they make money. This may ultimately lead to consolidation with large players or food delivery companies,” he added. Both SoftBank-backed Grofers and Alibaba-backed BigBasket had losses expanding in FY19. While Bigbasket reported Rs 348 crore in losses in FY19 up from Rs 179 crore in FY18, Grofers’ losses reportedly shot up from Rs 258 crore to Rs 448 crore during the said period.

With Facebook investment and the agreement with WhatsApp, the grocery business is likely to be driven aggressively by Reliance. This would also push Amazon and Flipkart to up their ante. “Current investment and price by Amazon and Flipkart in their grocery segment is not good enough. They are struggling a lot,” added Meena. Another market expert request anonymity said, “There are not many serious players who will go on for a very long time. They don’t have the capital to survive in the market. Online grocery is a high cash burn and low margin business.” BigBasket and Grofers had 80 per cent share in the online grocery market in Q1 2019 while horizontal players like Flipkart and Amazon had only 5 per cent down from 9 per cent in the year-ago period, as per RedSeer data.

Flipkart declined to comment for this story. Comments from Grofers, BigBasket, and Amazon are awaited.

“Reliance is reaching out to more customers than online players. They should align for their own benefit ahead. There is an advantage of aligning with a brick-and-mortar retailer as well so that they get dual advantage of the omnichannel route and use their distribution, sourcing and supply chain for larger reach,” added Singhal.

Online grocery might not be the only major area that Jio might see in the coming years as a big opportunity. Reliance, for instance, for its e-commerce play had either acquired multiple startups or invested in them since around September 2018. Netradyne, Grab A Grub, C-Square Info Solutions in logistics, Reverie Language Technologies for language localization technology, chatbot maker Haptik, fashion e-commerce firm Fynd and more in software-as-a-service, blockchain and other areas. “Large businesses know they cannot create anything that customers want on their own. For example who knows that Netflix, which has got the largest library of content, might also want to have a strategic alliance,” said Singhal. Here, startups also have an opportunity to create businesses that they can hope to get acquired or get invested by large enterprises like Reliance to support with technology, talent and idea large enterprises like Google, Microsoft, Tech Mahindra, Times Group, Samsung, Intel run incubation/acceleration initiative, venture capital funds, venture building platforms, family offices etc. to acquire or invest in startups.