Production-linked incentive: What is Modi govt’s pet PLI scheme, who is eligible, which sectors have it?

PLI scheme offers incentives on incremental sales for products manufactured in India. The first three PLI schemes were approved in March last year followed by 10 new schemes which were notified in November of which six were approved later 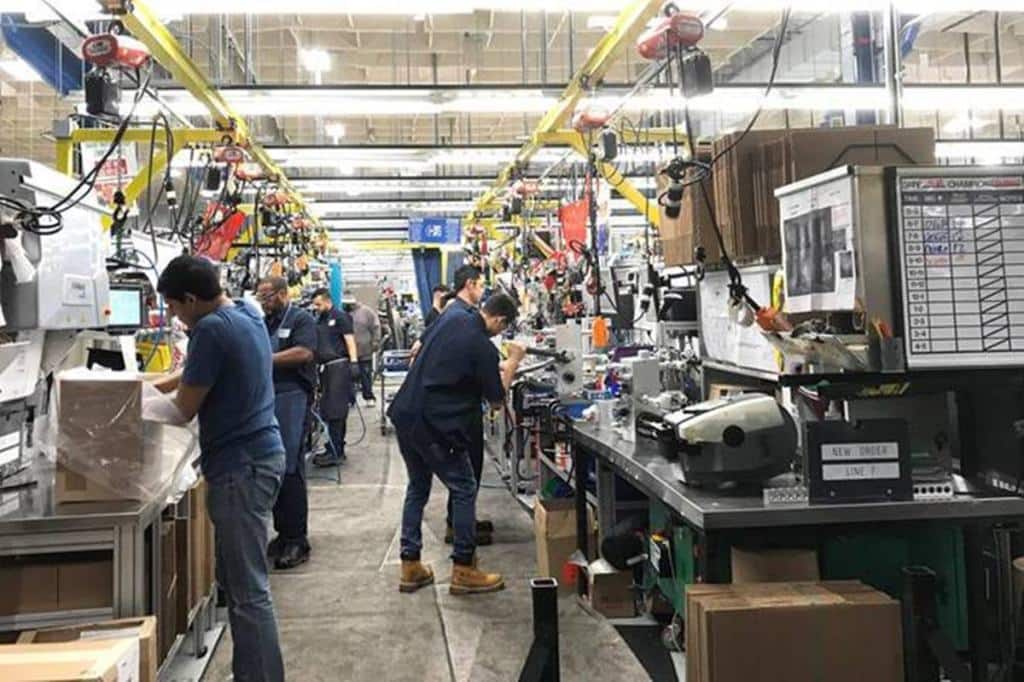 The price rally for various raw materials, involved in making almost every industrial product including steel, copper, zinc, aluminum, nickel, lead, cement, and more along with higher crude oil prices due to multiple factors has had cascading effect. (Representative image)

Finance Minister Nirmala Sitharaman had announced an outlay of Rs 1.97 lakh crore for the Production-Linked Incentive (PLI) scheme for 13 identified sectors in her 2021-22 budget speech. The scheme, which aimed to boost domestic manufacturing under the government’s Atmanirbhar Bharat initiative, was introduced in March last year and is expected to result in a minimum production worth more than $500 billion in five years, according to Commerce Ministry. Till early April, the PLI scheme for nine sectors was approved by the Cabinet.

What is the Production-Linked Incentive scheme and why it is needed?

As the name suggests, the scheme provides incentives to companies for enhancing their domestic manufacturing apart from focusing on reducing import bills and improving the cost competitiveness of local goods. PLI scheme offers incentives on incremental sales for products manufactured in India. The first three PLI schemes were approved in March last year followed by 10 new schemes which were notified in November of which six were approved later. The scheme for respective sectors has to be implemented by the concerned ministries and departments. According to a Cabinet statement in November last year, savings, if any, from one PLI scheme of an approved sector can be utilised to fund the scheme for another approved sector.

“PLI will help MSMEs but in the second wave of the pandemic, we need to do more for MSMEs. They require help as they will be the engine of revival. There is also a secular realization that the economy is quite shallow and we need to deepen it. Once we do it, we will be able to expand units, get more industries, not just MSMEs, in the heartland of India,” Shashank Tripathi, Leader, Government Strategy, Transformation, and Aerospace and Defense, PwC India told Financial Express Online.

Which sectors are currently supported under the scheme?

The nine sectors for which the scheme has already been approved included electronic or technology products (Rs 5,000 crore outlay for 5 years), pharmaceuticals drugs (Rs 15,000 crore), telecom & networking products (Rs 12,195 crore), food Products (Rs 10,900 crore), high-efficiency solar PV modules (Rs 4,500 crore), etc. The other four sectors under PLI awaiting Cabinet approval were automobiles & auto components, advance chemistry cell (ACC) battery, textiles, and specialty steel. 16 applications worth Rs 35,541 crore by electronics and technology product enterprises under the scheme were approved till early April vis-à-vis 14 applications involving Rs 873.93 crore by manufacturers of medical devices. Applications have to be submitted to the respective ministry or department online which is followed by the disbursement process involving verification of the claim, approval of the disbursement, and final disbursement.

Who is eligible for the scheme?

Eligibility criteria for businesses under the PLI scheme vary based on the sector approved under the scheme. For instance, the eligibility for telecom units is subject to the achievement of a minimum threshold of cumulative incremental investment and incremental sales of manufactured goods. The minimum investment threshold for MSME is Rs 10 crore and Rs 100 crores for others. Under food processing, SMEs and others must hold over 50 per cent of the stock of their subsidiaries, if any. The selection of SMEs is based on “their proposal, uniqueness of the product and the level of product development, etc.,” according to the Ministry of Food Processing Industries.

What are the incentives involved?

An incentive of 4-6 per cent was offered last year on mobile and electronic components manufacturing such as resistors, transistors, diodes, etc. Similarly, 10 per cent incentives were offered for six years (FY22-27) of the scheme for the food processing industry. SMEs in the four areas such as ready to cook or ready to eat, processed fruits and vegetables, marine products, and mozzarella cheese will also be supported for manufacture innovative and organic products, according to the ministry. For white goods too, the incentive of 4-6 per cent on incremental sales of goods manufactured in India for a period of five years was offered to companies engaged in the manufacturing of air conditioners and LED lights.

During the first five months of the scheme, the companies in electronics manufacturing, which had applied for the scheme, produced goods worth around Rs 35,000 crore and invested around Rs 1,300 crore under the scheme, the Commerce Ministry had said citing the Quarterly Review Reports for the quarter ending December 2020. For companies in white goods, the PLI Scheme is expected to see an incremental investment of Rs 7,920 crore over five years along with incremental production worth Rs 1.68 lakh crore, exports worth Rs 64,400 crore, and direct and indirect revenues of Rs 49,300 crore.

“Supporting MSMEs is not merely a financial activity, it is an act wherein the person needs better supply chain, mentorship, etc. This is the point for us to think about ease of doing business 2.0 and take it to places where the PLI scheme is being instituted and not just in bigger cities,” added Tripathi.