Zomato has partnered with bicycle-sharing and electric bicycle startups including Mobycy, e-HIRAN, TNT, Yulu, and Zoomcar’s PEDL for last mile delivery of its food orders. 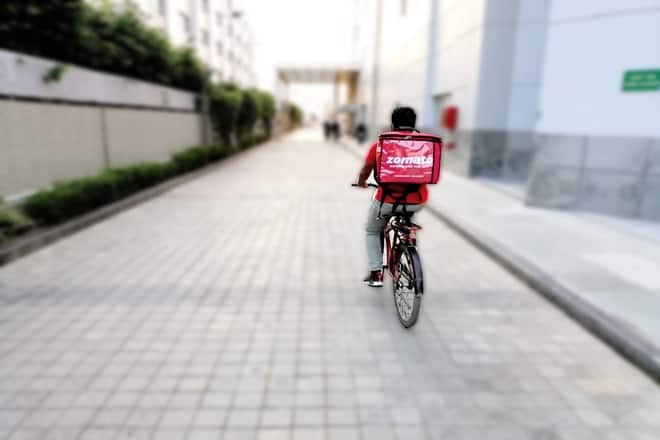 Zomato has added both mechanical and electric bicycles to help its delivery executives with better navigation in narrow streets and avoid issues related to traffic jams and parking. The initiative is expected to generate additional employment opportunities, the company said in a statement.

The bicycles would be allotted for distances averaging 2.5 kilometers for faster order delivery.

In India, Zomato delivers food in around 150 cities and has a last mile delivery fleet of 1.5 lakh partners.

“Our last mile fleet is increasing by ~150 delivery partners every day which places the onus of pollution-free and minimal fossil-fuel solutions on us. We aim to convert 40% of our fleet to power-assisted bikes within the next two years,” Zomato’s food delivery business CEO Mohit Gupta said.

The use of bicycles for nearby deliveries will allow Zomato to “think” about its carbon footprint on a daily basis. The company said the executives riding bicycles would have an ergonomic delivery bag.

Zomato has over the time launched multiple initiatives targeting food wastage, quality, loyalty programme etc. For instance, HyperPure and Hygiene Ratings focuses on quality of food, its tie-up with Feeding India looks at solving issues around food wastage and hunger while through its reward program Piggybank, claimed company, it has helped raise funds equivalent to 22 lakh meals within six months of its launch. The service was launched in July last year.

Zomato raised $40 million in its latest funding last week from the US-based Glade Brook Capital Partners, as per regulatory filing sourced by data analytics platform Paper.vc. The funding is part of its ongoing Series-I round that began with near $220 million it secured from Ant Financial in November 2018.

The company’s revenue reportedly stood at Rs 466 crore with 40% growth in FY2018 where as losses shrunk to Rs 106 crore.

Zomato is engaged in an intense battle with Swiggy to lead the foodtech market in India. The startup is currently valued at around $2 billion whereas Swiggy secured a valuation of $3.3 billion in its $1 billion funding in December 2018.