Credit and Finance for MSMEs: 45 per cent of the borrowers were fruits and vegetable vendors followed by 21 per cent engaged in fast food and food vending, 14 per cent in cloth and handloom items; among others. 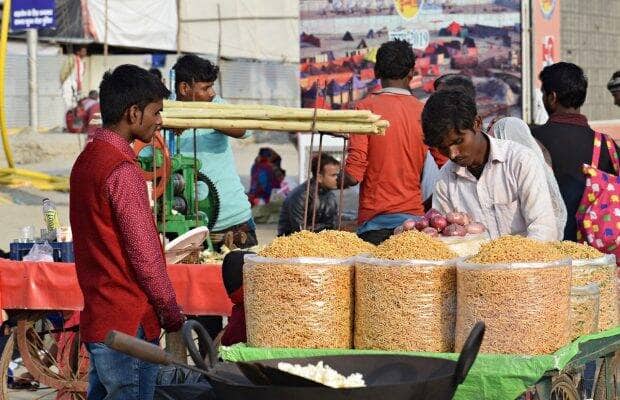 In order to promote digital payments among street vendors, RBI in August had extended the scope of PIDF scheme to street vendors covered under the SVANidhi scheme. (Image: Pixabay)

Credit and Finance for MSMEs: The number of loans disbursed under the micro-credit scheme PM SVANidhi for street vendors to recover from the Covid impact recorded 9 per cent growth during the second quarter (September-November) of the scheme launched on June 1, 2020, showed official data by Ministry of Housing and Urban Affairs. In comparison, the growth during its first quarter (June-August) was 18.5 per cent. As of November 28, 2021, 26.68 lakh loans involving Rs 2,668.52 crore were disbursed, up from 24.48 lakh loans worth Rs 2,426.47 crore as of August 29, 2021, and 20.65 lakh loans involving Rs 2,045 crore as of June 3, 2021.

The scheme provides working capital loans up to Rs 10,000 for 12 months to street vendors including hawkers selling fruits, vegetables, tea, footwear, local snacks, books, etc. In terms of loans sanctioned, 30 lakh applications involving Rs 3,037.83 crore were sanctioned as of November 28, 2021, data on the scheme’s portal showed. This was an over 11 per cent increase in comparison to 26.98 lakh applications worth Rs 2,696.26 crore sanctioned as of August 29, 2021. The total applications received so far were 49.45 lakh.

While the scheme had earlier targeted to disburse 30 lakh loans in its first year, however, due to lockdown and other restrictions in April and May this year following the second Covid wave, it had managed to disburse nearly 21 lakh applications. Sanjay Kumar, Joint Secretary, Ministry of Housing and Urban Affairs had told Financial Express Online earlier that “30 lakh was a very ambitious target. However, we should have achieved that target or reached close to it in April and May but due to the second Covid wave, not even a single loan was disbursed. Moreover, while the scheme was launched on June 1, the processing of applications had started on July 2. So, three months went in vain.”

Nearly 60 per cent of the borrowers under the scheme were male and 41 per cent were female so far. 45 per cent of the borrowers were fruits and vegetable vendors followed by 21 per cent engaged in fast food and food vending, 14 per cent in cloth and handloom items; among other categories of goods. Moreover, in terms of lenders, SBI had disbursed maximum applications – 8.26 lakh so far while 3 lakh were disbursed by Union Bank of India, 2.58 lakh by Bank of Baroda, 2 lakh by Bank of India, 1.85 lakh by Punjab National Bank, etc. Uttar Pradesh, Madhya Pradesh, Telangana, Maharashtra, and Andhra Pradesh were the top five states in terms of disbursements since the launch of the scheme.

In order to promote digital payments among street vendors, the Reserve Bank of India (RBI) in August had extended the scope of the Payments Infrastructure Development Fund (PIDF) Scheme to street vendors covered under the SVANidhi scheme in Tier-I and Tier-II centres. PIDF was launched in January this year to encourage the deployment of Points of Sale (PoS) infrastructure in small cities and northeastern states.