Afghan crisis: What impact Taliban takeover is having on Indian MSMEs, traders

Trade, import, and export for MSMEs: According to the Indian government statistics, the bilateral trade between the two countries crossed $1.5 billion in the financial year 2019-2020 with exports to Afghanistan nearly touching $1 billion and imports from Afghanistan at around $530 million. 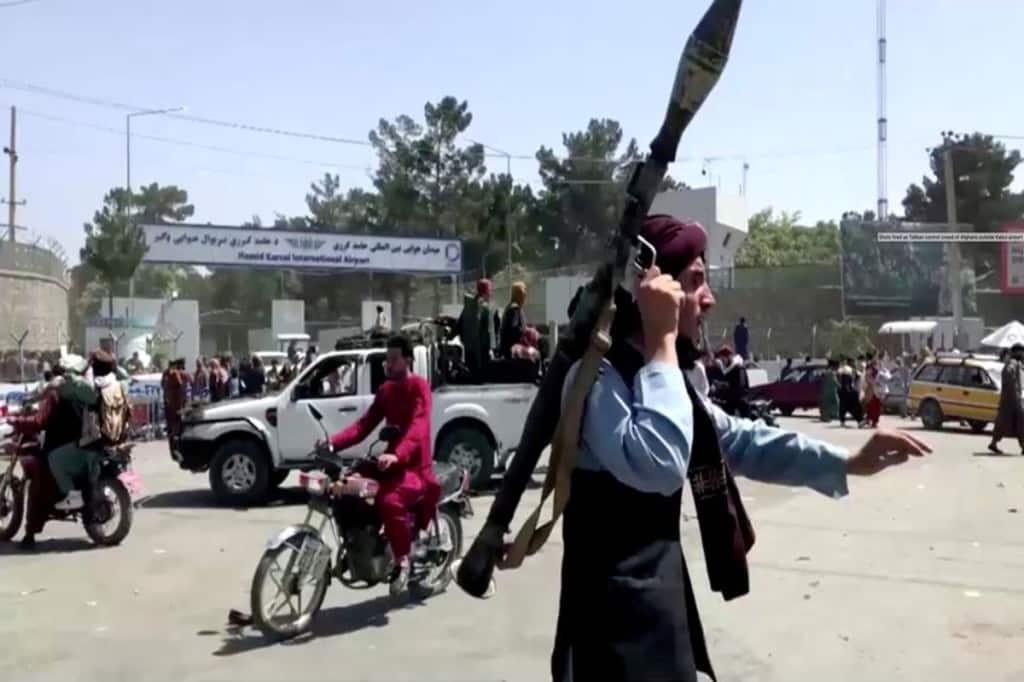 India’s exports to Afghanistan grew more than 89 per cent between FY16 and FY20 while imports were up 72 per cent during the same period. (Photo source: Reuters)

Trade, import, and export for MSMEs: The Islamic fundamentalist Taliban returned to power in Afghanistan in August, waging an insurgency against the US-backed administration in Kabul and overthrowing it after 20 years. The political uncertainty in the war-ravaged country, which has clouded the already bleak pathway to economic recovery, also meant a body blow to traders and small businesses in India who have been trading with Afghanistan for years.

According to the Indian government statistics, the bilateral trade between the two countries crossed $1.5 billion in the financial year 2019-2020 with exports to Afghanistan nearly touching $1 billion and imports from Afghanistan at around $530 million. In fact, India’s exports grew more than 89 per cent between FY16 and FY20 while imports were up 72 per cent during the same period. So, what essentially has been the impact on MSME traders so far since the Taliban took over Afghanistan?

Afghanistan’s major exports to India have been dry fruits and spices. According to Trading Economics, nuts, melons, resins, spices, coffee, tea, etc., had the highest export value in 2019 while major imports from India were electronic equipment, sugar and sugar confectionery, articles of iron and steel, pharma products, etc. Local traders with whom Financial Express Online spoke claimed the situation on-ground in complete contrast to what was feared in August.

“The fear among traders was purely based on speculation. In fact, the Taliban never stopped exports or imports with India for even a single day. There has been no stopping of trade so far. Neither there is any impact on supply nor payments. Afghanistan’s 80 per cent economy depends on dry fruits and if they stop it, how will they move,” Anil Mehra, a prominent local trader of spices and dry fruits in Amritsar told Financial Express Online. Amritsar is one of the major import destinations of dry fruits in India from Afghanistan apart from Delhi, Mumbai, etc.

Mehra, who runs Kabul Trading Co. and is also the President of Federation of Karyana and Dry Fruit Association in Amritsar, claimed that dry fruits exported by traders in Afghanistan in the past few weeks were more than they used to export before the Taliban regime took control.

“80-90 per cent of their dry fruit crop comes to India. They are sending more since their storage facilities have been impacted. Hence, rates, in fact, have been reduced. So, supply has been constant and we have already received goods that were expected to come during the festive season ahead,” said Mehra.

Likewise, for Kanwarjit Bajaj, who owns nuts and dry fruits brand KBB Nuts based in Delhi’s and reportedly Asia’s largest spice market Khari Baoli, the visible impact across supply, prices, and payments hasn’t been there so far. While Bajaj and local small businesses were expecting an impact at the beginning of the crisis in Afghanistan last month, but they have been pleasantly surprised.

“The goods have been coming, there is no effect on prices while payments are taking place via third parties in Dubai amid disruption in banking services. The impact was expected initially due to the non-functioning government. However, they don’t have money to pay their employees. While the trade has grown in the past one-two years but we are not sure of how it would be ahead,” said Bajaj. The federation has around 250 traders.

Importantly, there has been no notification from the Government of India as well over any restrictions in trade with Afghanistan. Indian exports body Federation of Indian Exports Organisation (FIEO) noted that while Taliban had stopped exports and imports initially for few days but they were later resumed and that any impact on prices has been more due to the threat perception on shortage of goods instead of any real impact.

According to a commercial brief on India-Afghanistan trade relations by the Indian government, Pakistan has denied smooth and reliable land connectivity between India and Afghanistan over the years. However, to overcome this challenge, an Air-Freight Corridor was established in June 2017 connecting India and Afghanistan.

Over 500 flights were operated on the corridor till FY20, carrying close to 7000 tonnes of cargo valued at over $200 million. In FY20, India’s export to Afghanistan grew 39.43 per cent while imports from Afghanistan grew 21.68 per cent, the brief noted citing data from the Indian Department of Commerce.

In contrast to traders’ opinion, India’s biggest trade body Confederation of All India Traders (CAIT) said that payments for exporters are stuck due to trade blockage that is leading to the financial crisis. The body has now urged the government for a temporary policy for such traders to support them with finance and alternate sourcing of products imported from Afghanistan.

“The government should create a separate policy for some time wherein those importing from and exporting to Afghanistan can have easy financing and also suggest what could be the alternate sourcing channels. Traders have requested the government to allow them to offload their consignments to Afghanistan amid fear of payment loss or delay. So, unless the government finds a solution to it, I am not sure traders would not be able to solve it. Government can guide us in how to boost local sourcing,” Praveen Khandelwal, Secretary General, CAIT told Financial Express Online.